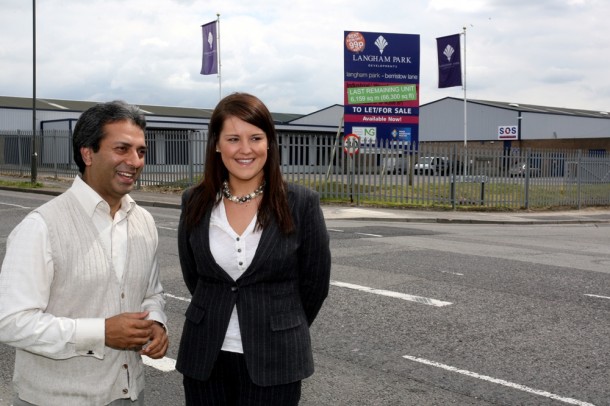 A flurry of deals in Nottinghamshire has brought renewed optimism that the commercial property market could be starting to gain some momentum after some years in the doldrums. Property consultancy FHP says they have seen a series of deals in the industrial market, particularly in North Nottinghamshire suggesting that there is a growing demand, from small to medium-sized businesses for expansion space.

FHP Surveyor Laura West, who focuses on the market around the Nottinghamshire-Derbyshire border, commented: “There’s no question that 2012 has started well, much in the same way that it did in 2011. What we’re hoping for this time though, is that the market doesn’t lose momentum in the way that it did last year.”

The steady optimism of the first half of 2011 drained away from the summer onwards as business confidence weakened in the face of poor economic data in the UK and rising concerns about the growing financial tensions in the Eurozone. Laura West said: “What I think people lost sight of, was the fact that even during the second half of last year, when the fears about the Greek economy were at their height, some deals were still being done despite the difficult conditions and a backdrop of bad news.”

“I think the reasons for that were two-fold: there is a breed of conservatively-managed, privately-owned firms who have always been very careful with their cash who decided that now was the time to strike a good deal on a property which would allow them to expand. There seems to be an, appetite among some forward thinking businesses who are now looking to expand after a prolonged period of uncertainty. From what I’ve seen so far this year, the same kind of ambition is emerging from the same kind of businesses. There are certainly some competitive deals out there, particularly with property which is coming out of an insolvency, and I get the feeling that, given the right conditions, these businesses are keen to move forward and expand.”

Laura added: “No one is suggesting that some of the deep-seated problems in the market have miraculously gone away, and we’re not about to see a flurry of speculatively-built new stock rising out of the ground. But there are, some experienced developers and investors out there who understand the way these cycles work and know that the demand is there. We know from our own monitoring of the market that there is a shortage of good-quality stock and I suspect it won’t be long now before they decide that the steadily growing demand and a lack of quality properties out there means they will soon be bringing some new product to the market.”

Whilst some of the deals in North Nottinghamshire may be driven by the end of the tax year and personal financial planning, Laura West says that the deals also illustrate the ambitions of a range of businesses which, while they operate in different sectors, all demonstrate financial strength. She said: “One of the reoccurring themes of the commercial property market has been that it is difficult to put funding together because indebted banks have been reluctant to lend. However in most cases we are talking about financially healthy, carefully-run businesses who have had no difficulty putting a funding package together, either from their own resources or through borrowing. This in turn is giving the market confidence.”

Laura West says she is expecting more deals to emerge in the coming weeks, but warned that businesses looking to expand into new space would need to act fast. She said: “At the moment, we are in a situation where we have taken property on and concluded a deal before the FHP For Sale board has even gone up. That tells us about the level of demand around the Nottinghamshire-Derbyshire border and the limited amount of good quality, well-presented property. When this kind of stock does come to the market it moves very quickly and I don’t see that trend changing any time soon. But we do need more stock – the demand is clearly there and I’m hoping that in 2012 it stays that way.”

FHP is continually on the lookout for good quality properties as clearly the demand is there and we are confident that this trend will continue well into the foreseeable future.” 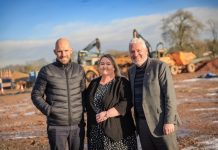 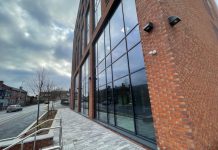