Business leaders in Coventry and Warwickshire are urging Government to look at the region’s shortage of employment land as a matter of priority.

The Coventry and Warwickshire Chamber of Commerce has written to Gavin Barwell, Minister of State for Housing and Planning, saying it backs ambitious plans for 88,000 new homes in the sub-region in the period between 2011 and 2031.

But, the Chamber says, the plans for more employment sites fall way short of meeting the needs of the growing population’s ability to be self-sustained when it comes to jobs.

It adds that, due to the ‘welcome pace’ of economic growth, the 714 hectare target across the 20-year period amounts to just two-and-a-half years’ provision and will hinder the area’s potential of landing major inward investors.

That, the Chamber says, will be a severe restriction on ambitious and essential growth plans for the regional economy and its ability to provide employment to a growing population over the next 15 years.

Sites at Ryton and Ansty have been identified by the Chamber as potential areas for expansion and it has written separately to Rugby Borough Council as part of its consultation on its local plan for 2011-2031.

In that letter, the Chamber has asked why a proposed new ‘model village’ known as Walsgrave Hill Farm – which comprised 2,400 new homes that would complement the expansion of the Ansty Business Park and Rolls Royce site and maximise the environmental benefits of Coombe Country Park to the wider public – has been dropped for a site 15 miles away from Coventry.

The Chamber has offered to support the Borough Council – in conjunction with Coventry City Council, the CWLEP and the region’s MPs – in seeking an urgent meeting with Government to clear any ‘impasse’ that could have such a ‘fundamental and prejudicial impact on the sub-region’s ambitious plans and economic aspirations’.

Louise Bennett, chief executive of the Coventry and Warwickshire Chamber of Commerce, wrote: “Our arguments and evidence about the inadequacy of new employment land provision now seem to have been acknowledged and accepted by the CWLEP, our political leaders and our local MPs but the ability and willingness to do anything about this precarious position is being thwarted by, what we are told in feedback from some of our MPs who have taken up the issues with the relevant local authorities, is the requirements of the Government’s National Planning Guidelines.

“We are being told that to re-open discussions to make increased provision for a realistic provision of new employment land at this stage of the Development Plan process would require all LAs to also reopen/revise the ambitious housing targets that we’ve all collectively sign up to. This doesn’t make sense, is unnecessary and counterproductive.

“Hence, this direct approach to you as Planning Minister, and your business and exchequer colleagues, to intervene so that practical, on-the-ground common sense can prevail.” 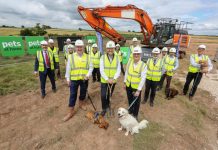 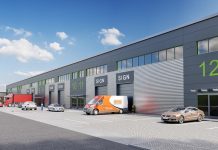 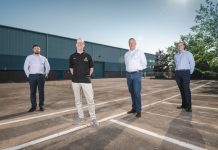