Occupiers of business premises split across multiple floors or neighbouring properties are being urged to seek professional advice before being hit with a hefty backdated business rates bill as a result of the Mazars v Woolway Supreme Court ruling.

The Valuation Office Agency’s (VOA) latest ‘Non-domestic rating: challenges and changes’ report highlights that, as at 30 September 2016, the VOA has initiated a total of just over two million reviews of rating assessments against the 2010 rating list. These are typically attributable to a demolition, new property build or other physical change to a property.

However, in the first two quarters of 2016/17, 161,000 assessment reviews were initiated, a nine per cent increase on the previous two quarters. This was a result of just over 94,000 reviews in Q2 of 2016/17 (the largest single quarter total for the 2010 list), where over a third were attributable to work undertaken to reassess office properties as a result of the Mazars v Woolway Supreme Court ruling. Something which is likely to have major financial consequences for thousands of occupiers.

Beverley McDougall, Director of Business Rates at LSH’s Manchester office, said: “The ramifications of the Mazars ruling are far reaching. Essentially, it boils down to there being one rating list entry for several floors of an occupiers’ accommodation and access can only be made between each floor by going through a common part. For example, a common stairwell or lift – this means that each floor has to be individually entered into the rating list. Consequently, any allowance for size that would be within the single assessment would be lost, resulting in increased cumulative values for the separately-rated floors and increased rates bills.

“This is not an easy task for the already overstretched VOA. They have to examine almost every valuation if the circumstances apply and, in some cases, its records will be insufficient to determine whether it does or doesn’t apply. However, it doesn’t just apply to offices – it can affect occupiers of other types of property as well.”

Fortunately, there are restrictions in England on how far back the VOA can split individual rateable values – but this doesn’t apply in Wales. For England, the furthest back a split can now occur is 1 April 2015. However in Wales, it can go back to 1 April 2010. What ratepayers will find even more frustrating is that the VOA currently has until 31 March 2018 to complete this exercise. This could result in ratepayers facing large retrospective bills for increases in liability, even if they have vacated the property. More notably, the VOA will have until 2023 to take action on the 2017 Rating List.

Beverley added: “Implementing the Supreme Court’s landmark decision will not only increase the number of rating assessments for many tenants and landlords, it will also increase their rates bills.

“However, we are noticing that there are mistakes being made when splits take place. If you occupy more than one floor or property either vertically or horizontally, we would urge every ratepayer who thinks they are affected to seek advice now.” 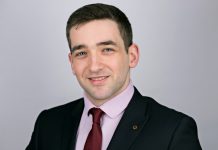 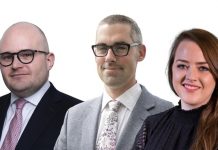