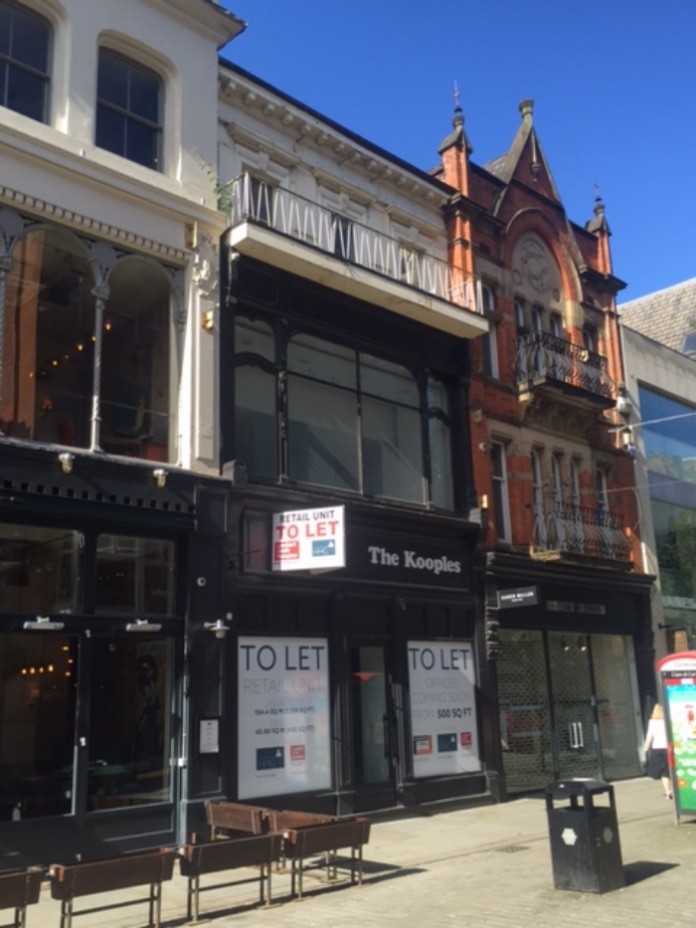 Hollins Murray Group (HMG) has purchased the freehold interest of 50 King Street, Manchester from Northumberland Estates for an undisclosed sum. The sale was handled by Lambert Smith Hampton.

The city centre building covers five floors and is situated between the Karen Millen store and the El Gato Negro restaurant/bar.  The premises comprise a vacant ground floor retail unit (1,080 sq ft), which was previously let to retailer The Kooples, a basement bar which has just been let to Wood & Company, and three upper floors, all of which are vacant.

Nick Casson, CEO of HMG said:  “We are delighted to have completed the purchase of another building on King Street at a time the street is improving rapidly. With the recent lettings over the last 12/18 months on King Street to the likes of Hobbs, Hawes & Curtis, El Gato Negro and Kheils amongst others, we are confident that we can achieve a letting of the ground and part first floor to a good quality retailer for Christmas trade this year.

He added “We intend to invest a substantial sum converting the upper floors to boutique offices, accessed from South King Street, following our success at 54 and 56 King Street and we are confident that we will create great office space for SMEs looking for something beyond the norm.”

HMG has retained Lambert Smith Hampton to advise on both the retail and office accommodation.

Jonathan Thompson, a director at Lambert Smith Hampton, said “Northumberland Estates decided to sell this asset as it was outside of their normal geographical area and investment profile and they thought that with the growing investor and retailer confidence in King Street that now was the right time to sell. HMG already owns property on King Street and has seen first-hand the resurgence the area is having, so they jumped at the opportunity.

Canning O’Neill has been appointed as a joint agent on the office accommodation.