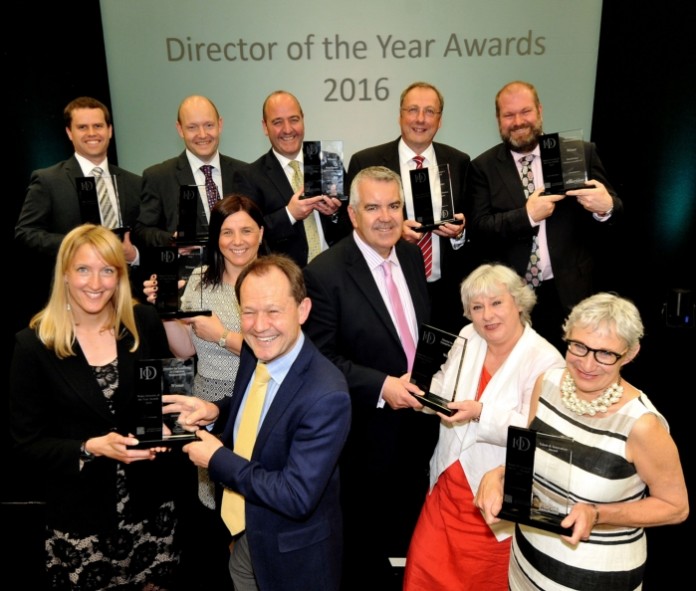 Entrepreneur and Gocompare.com founder Hayley Parsons was honoured to be given the Chairman’s Award in recognition of the Newport-based price comparison website’s success and the support she offers start-up businesses.

Cardiff Business School was once again headline sponsor of the annual awards, where five female and five male directors from across Wales were acknowledged.

Rosie Sweetman, Director of Business in the Community Cymru, was named winner in the Corporate Responsibility category and David Gray, Managing Director of ladder specialist TB Davies was winner of top Director in a Family Business.

Peter Thomas, Managing Director at Port Talbot-based construction company Contract Services Group was named winner in the Medium / Large Business category, while Jeff Farrar, Chief Constable of Gwent Police and the National Police Chiefs’ Council lead for crime recording, was named winner of Director within the Public Sector. He is also Chair of the Effective Services for Vulnerable Group’s Board.

Ben Wheeler, founder of Swansea-based website design company Copper Bay Creative was named Director in a Small Business and training consultant and Business and Management lecturer Elin Wyn, Chair of the Board of Trustees at Chapter Arts Centre, was named winner of the Social Enterprise / Charity category.

Robert said: “Our Awards are always a highlight on the business calendar and today has, once again, been a fantastic celebration of talent from across Wales.

“All those shortlisted have demonstrated innovation, enthusiasm and exemplary leadership skills, which is why their respective businesses have become such success stories.”

Yesterday’s awards were Huw Roberts’ last before retiring as IoD Chairman Wales Chairman after four years. Jean Church will replace him in the Chair person’s role. The Managing Director of 2Win Consulting Limited is Non-Executive Director of n-ergy Limited and Director of Strategy and Innovation.