Lutterworth-based chartered surveyors and property consultants, Wells McFarlane have much to celebrate, achieving industry recognition and professional qualifications as well as welcoming a new estate agent to its growing firm.

Following on from ranking as one of the top five East Midlands agents for office deals, Wells McFarlane has also been named as one of Leicestershire’s top three most active agents. Both placements were compiled as part of the annual, industry competition held by Estates Gazette, which ranks companies based on the number of deals undertaken across all property types.

In addition, chartered surveyor, Rupert Bendell has successfully completed his professional qualifications, becoming a Member of the Royal Institution of Chartered Surveyors (MRICS) and a Fellow of the Association of Agricultural Valuers (FAAV). Rupert joined Wells McFarlane in 2013, after securing a first class honours degree from the Royal Agricultural University and has since trained under Wells McFarlane’s director, Trevor Wells. Rupert will now undertake a broader portfolio, specifically relating to planning permissions, development appraisals, land sales, valuations, options and rural diversification.

Further bolstering the team is new estate agent, Karen Lord, who has been appointed to support Wells McFarlane’s thriving residential department. With an interior design background and many local connections within Lutterworth and surrounding villages, Karen is ideally placed to advise homeowners on their next move. Karen will join residential sales manager, Kay Marden as the department looks to expand its property profile.

“The business has enjoyed a strong start to the year, largely due to returning confidence in both the commercial and residential property markets,” commented Andrew McFarlane Holt, director at Wells McFarlane. “The team has worked hard to complete transactions across all divisions, and it’s exceptionally pleasing to see this endorsed with industry rankings.

“We are also proud to sincerely congratulate Rupert on his charterships as well as welcoming Karen; both have promising careers and bright futures ahead here at Wells McFarlane.“ 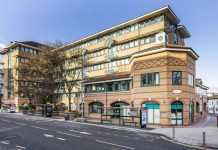 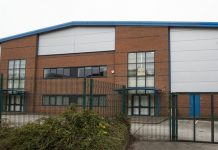