In 2011, FSEW removed approximately 4000 lorries from the heavily congested A338, A36, M4 and A338 by moving more containers by rail rather than road. This figure is double the amount of lorries removed in the previous year and almost five times higher than 2009, which complements the Welsh Government’s target to reduce the amount of freight on Welsh roads.

The Welsh Government has made clear its concerns for the Welsh motorway network, in particular the Brynglas Tunnels, with discussions about the importance of improving the rail network and the development of the M4 relief road.

Geoff Tomlinson, Founder, FSEW, said: “Working closely with Logico we have been able to steadily increase our intermodal transport figures through Freightliner’s Cardiff terminal over the last few years. The flexibility and reliability of not only the rail service but also the excellent terminal operations at Cardiff, has helped us to achieve this increase and we are confident that this figure will continue to rise.

“Businesses are increasingly aware of their environmental footprint and we are very pleased to be able to offer them a sustainable transport solution. In the last year alone FSEW saved 545 tonnes of CO2 emissions using Logico’s services. Transporting freight by rail also has the added benefit of allowing a larger number of containers to be carried at once without the need to increase truck fleets, making the costs of moving containers by rail more competitive and ultimately giving our customers even better value for their money.”

Colin Watts, General Manager, Logico – a division of Freightliner, added: “Logico continually works with our customers to provide the best solution for their container movements.

“Freightliner’s South Wales International Terminal is a crucial city centre hub for container imports and exports to and from Cardiff and south Wales. Working closely with FSEW we are confident that we will see increasing numbers of containers transported by rail and the added environmental benefits this will bring.” 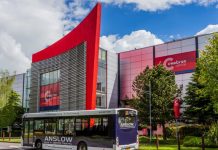 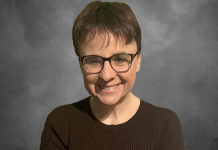 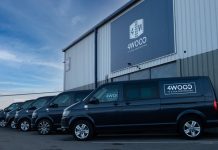