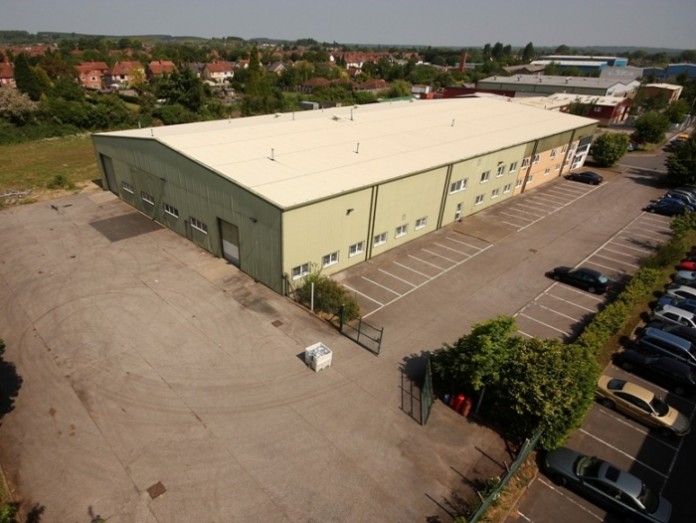 Over the last few months the scarcity of good quality warehouse and industrial space has seen capital values and rental values rise as strengthening demand has seen tenants and potential purchasers start to scramble for space with supply so limited.

Good quality units with large sites are very rare to the market and therefore when Tim Gilbertson of FHP put Unit A, Daniels Way to the market strong interest was expected given that the building offered just under 30,000ft² of modern warehouse or production space but on a very large site.  Expectations were quickly proved right and within a week of marketing commencing a 15 year lease had been agreed and solicitors instructed.

Pleasingly, that deal has now completed and Commercial Vehicle Refinishers will shortly be occupying this fantastic building on a long term lease.

“I have let this building a couple of times previously and it always been well received given its modern specification but also the large car park and yard plus expansion land it benefits from.  When instructed to dispose of it this time around Commercial Vehicle Refinishers, who I had spoken to many times, were always a target given their need for a substantial unit with large yard.  Sensibly they acted quickly and terms were swiftly agreed given the paucity of space in the market and the ever increasing demand.  As a result a 15 year unbroken term has been completed which is sensible from their perspective as it gives them a long term home in what has been a difficult market to operate over the last 12/18 months due to the lack of supply, and from my perspective secures a fantastic deal for our client as it guarantees income for the long term.

Whilst we have seen increases in capital and rental values over the last few months as a result of improving demand and lack of stock, we are now also seeing longer term leases being taken by occupiers in complete opposite to the deals that were generally agreed during the dark days of recession.

During recession flexibility was the key word but now, with increased confidence returning to the market occupiers are seeking longer term leases without breaks as they see the need to secure good quality space for the long term with the lack of opportunities to relocate.

Our clients are undertaking minor works to the premises and then the occupiers will be in and operational at the premises within the next couple of months.

I wish them well as they have been a pleasure to deal with throughout this process.”

Yet again the speed of this deal, with terms being agreed within a matter of days of the property coming to the market, reflects the current demand and more pertinently the lack of supply in the market place.  If any other landlords or property owners are considering disposing of their warehouse or industrial space then Tim Gilbertson at FHP would be delighted to discuss and put forward marketing thoughts without initial cost or commitment as in general the vast majority of good quality well presented space will be extremely well received in the market place and tenants or indeed purchasers can be found swiftly.