DTZ values inclusion and respects its employees and their individuality, according to the first diversity survey of the firm’s UK business.

The survey – conducted confidentially by the firm’s Curzon Group which promotes inclusivity at the firm – reveals 58% of employees are male and 42% female. The majority of DTZ’s employees had a state school education, while 92.5% of respondents are white, 94.3% are heterosexual and 1.4% disabled.

Colin Wilson, DTZ’s Head of UK & Ireland, said: “The fact that we’ve now conducted our first diversity survey is almost as important as the results themselves. I want our business to constantly challenge the historic diversity issues that have affected our industry. The first step towards achieving that is having an accurate understanding of DTZ as it stands and where we need to focus our efforts in the future.”

DTZ had already taken steps to ensure that the diversity of its workforce improves in the future. Curzon Group initiatives have helped DTZ make significant progress in attracting female talent, with 60% of the graduate intake in 2015 being female. DTZ is working in partnership with Women in Property (WiP) and is a principle sponsor of WiP’s National Student Awards. Stonewall also recognises DTZ as a Diversity Champion, an employer taking proactive steps to ensure the workplace environment includes everyone, and that all employees – regardless of sexual orientation – can perform to their full potential.

The firm is also working to ensure that its social and ethnic mix, while in line with other firms working in the built environment, better reflects society at large. DTZ has started to address this industry-wide challenge with structured work experience placements from London academies. These relationships will now be developed further to ensure more young people with diverse backgrounds are exposed to the varied careers on offer in the commercial property industry.

Colin Wilson added: “While we have made progress as a company, it is clear to me that the whole industry needs to do more to attract talent from minority backgrounds. Other professions, notably law and accountancy, have engaged far more successfully as industries and are reaping the rewards that come from a more diverse workforce.”

The Curzon Group was launched in the UK in November 2013 and has expanded to become an EMEA-wide initiative. The purpose of the Group is to generate ideas, provide practical solutions and prioritise initiatives to further improve DTZ’s diversity and inclusion position. It covers diversity in its broadest sense and is currently considering a wide programme of initiatives. These range from activities and opportunities for people who already work at DTZ to engaging with the firm’s future workforce in schools and the wider community.

DTZ plans to run the diversity survey on an annual basis. 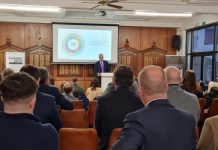 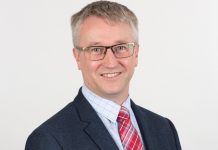 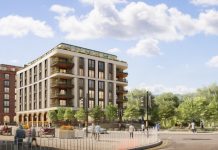