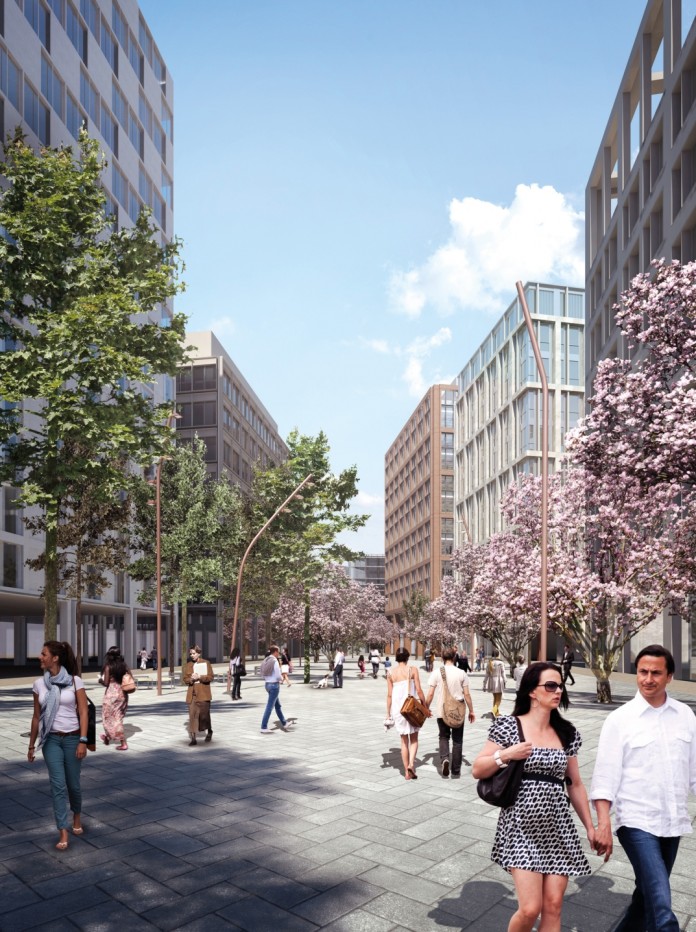 Award-winning international architecture and urban design practice Allies and Morrison has been appointed to design the second building to be constructed at Friargate, Coventry’s groundbreaking £100 million city centre regeneration project.

The speculative, headquarters-style office block will be the next of 25 buildings delivered in the scheme which is bringing a new commercial district to the area around Coventry train station, in addition to new public spaces and a tree lined boulevard that will provide improved, direct access to the city centre.

Having already designed the Friargate masterplan and the first building on the scheme – which will house Coventry City Council’s new £40 million headquarters – London-based Allies and Morrison benefits from a comprehensive understanding of the project.

Robert Maxwell, partner at Allies and Morrison, said: “We are delighted to be given a further opportunity to design a high quality, energy efficient and attractive building that will provide a pleasant work environment for many years to come. The designs are still in the early stages but we know it will be a contemporary, multi-storey office building that responds to its setting and complements the Coventry Council headquarters and the elegant Grade ll listed train station.”

Stephen Reynolds, of Friargate, added: “This appointment marks another step forward in the delivery of the Friargate scheme. Allies and Morrison has been appointed thanks to the practice’s flair for high quality buildings in urban settings.

“Coventry is seeing growth in all sectors and, with its award winning universities and one hour travel time to London, more and more businesses will be attracted by relocation to the city. Friargate is providing much needed office space and a better welcome at the train station, which sees nearly six million passengers each year.”

Covering 37 acres, Friargate is a 15 year project set to create 15,000 jobs. The 25 new buildings will include 14 premium standard office buildings as well as hotels, shops, restaurants and new homes that will bring the new community to life.

Work is well underway on the scheme with a new bridge deck installed over the ring road, demolition of the last building underway and work beginning on the City Council headquarters within weeks.

Landscape Architects, Gross Max will be responsible for the design of all public spaces, streets, squares and parks within Friargate. A competition will be held for the design of further buildings on the scheme.