Notts landlords considering the refurbishment of commercial buildings need to be wary of a recent court ruling on rates liability while work is carried out.

The warning comes from agent Geoff Solman at Bruton Knowles’ Nottingham office, who said the ruling by the Court of Appeal could catch landlords and owners unawares.

S J & J Monk v Newbigin (VO) (2015) concerned an office building in Sunderland which the landlord had assumed would not be liable for rates as it was incapable of being occupied due to the refurbishment work.

The Valuation Office objected to the owners’ proposal that the RV should be reduced to a nominal sum. The Upper Tribunal found in favour of the owner but the Court of Appeal found in favour of the Valuation Office and the office premises still attracted a rates liability despite being in the middle of a major strip out and refurbishment scheme and not actually fit for occupation.

Geoff said: “Whilst this ruling is on an office building, there are clearly concerns that the Valuation Office will seek to apply this to most refurbishment scenarios. With the economic climate improving and many commercial buildings undergoing refurbishment, this ruling could result in a significant number of landlords incurring an unexpected and unfair additional burden.

“The works being undertaken at the building in Sunderland are fairly typical of a great many refurbishment projects around the country. The landlord was in the process of installing suspended ceilings, raising floor levels, improving the cooling system, sanitary fittings, electrical wiring along with partitioning floors and replacing the WCs.

“The landlord had assumed the building would not be liable for rates while these works are carried out. Refurbishments are being used to increase the marketability, economic lifespan and rental value of buildings – especially secondary stock – so the impact of this ruling could be widely felt.”

Geoff said it was essential commercial property landlords were kept up to speed on all aspects of law relating to their premises.

“We will be making sure all our clients are informed about the implications of the ruling and potential opportunities to plan works to help avoid the unfortunate economic impact of this judgement.

“We believe this underlines the advantages of obtaining up to date, comprehensive business rates advice – which is rarely offered by the cowboys or the casual practitioner.” 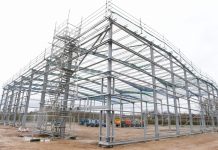 Major step forward in construction of Teal Park in Nottingham 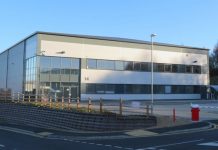 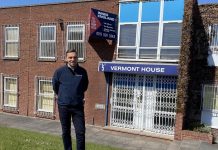 Sports equipment company gets the ball rolling on Nottingham expansion