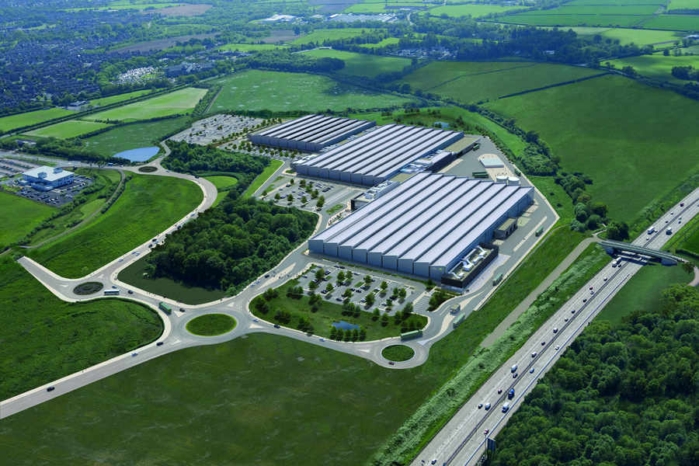 O’Brien Contractors Limited, a leading civil engineering and groundworks contractor, has been appointed to work on the expansion of Jaguar Land Rover’s i54 Engine Manufacturing Facility in Wolverhampton and also at the Advanced Engineering and Design Centre in Whitley, Coventry.

The two developments are part of a wider drive by the luxury vehicle manufacturer to invest over £600m across its’ Midlands operations – including: new and upgraded facilities at the Castle Bromwich plant, a new National Automotive Innovation Centre (NAIC) in Warwick, additional capacity at the i54 Engine Manufacturing Facility in Wolverhampton and double the operational footprint of its Advanced Design and Engineering Centre in Whitley, Coventry.

Appointed as principal contractor by Jaguar Land Rover, O’Brien will provide bulk earthworks and soil stabilisation services at the i54 Engine Manufacturing facility in Wolverhampton. The works include “Cutting and filling” of circa 140,000m3 of site won material to form a plateau level for a proposed new build development to extend the existing engine manufacturing plant. The work also involves lime/cement stabilising of circa 150,000m2 of formation and subsequently importing of 34,500 tonnes of Mot type 1 to cap the platform, with circa 65,000m3 of spoil being disposed off-site.

Additionally, O’Brien Contractors will deliver infrastructure services at the Advanced Design and Engineering Centre in Whitley, Coventry – including the construction of two car parking facilities amounting to 1000 spaces. An initial 700 space temporary facility will be constructed to allow vehicles to park thus allowing the permanent solution to be constructed. Our works also include all security fencing, lighting, surfacing and associated white lining.

Stuart Chamberlain, Director, O’Brien Contractors, said: “Jaguar Land Rover is one of the most successful Global businesses in the region and we are delighted to be chosen to deliver bulk earthworks, soil stabilisation and infrastructure works at two significant manufacturing and engineering facilities.”

Established in 1958, O’Brien Contractors is a second generation, family-run business that has gone from strength to strength and expanded into a range of new sectors.

Stuart Chamberlain added: “In recent times we have successfully completed £6m-worth of work for Jaguar Land Rover at sites in Coventry, Gaydon, Birmingham and Solihull. The new contract wins are further evidence of our on-going commitment to using innovative new technologies allowing us to continually improve the quality of our work and the speed of installation, saving Jaguar Land Rover both time and money.”