Home England South West How The West Was Won – by bike!

A professional couple with a combined age of 100 years are to take on an ultimate challenge for charity by cycling over 3,000 across the United States.

49 year-old Karen Horder and 51 year-old Steve James plan to cycle 100 miles a day from St Augustine in Florida to San Diego in California in a single calendar month to raise funds for Hospiscare and C Group, the charity that supports Royal Marines after active duty.

The epic journey of 3097 miles, which is the equivalent of cycling three and a half times the distance from John O’Groats to Land’s End, will take them through x southern US states, crossing deserts and mountain ranges and climbing to an elevation of over 8,000 ft more than twice the height of the highest mountain in the UK.

Steve James, a commercial banker with NatWest in Exeter, said: “I have cycled from John O’Groats to Lands End but that was 27 years ago and Karen has done 80 miles in a day so we are setting the bar quite high. We are currently training at about 150 miles a week but gradually increasing this in 50 miles stages until we set out in October.

“Part of the challenge is that we will be unsupported carrying all we need with us on the bikes and staying over in motels and B&B’s along the way.”

Karen Horder, an estate agent with Palmers Whitton & Lang, added: “We opted to raise money for Hospiscare and C Group partly because that are really worthwhile causes and partly because they are both organizations that are much cherished in Exmouth and Exeter where we both live and work>”

Anyone wishing to support Steve and Karen in their bid to conquer the West can do so by visiting http://www.justgiving.com/transamericacyclechallenge and making a donation. 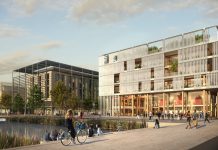 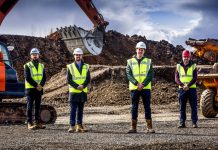 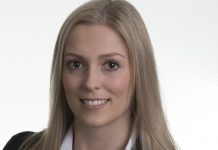