News that the Eastgate Centre in Inverness is on the market with a reported £120 million price tag comes as little surprise to Tom Ferrier, whose legal team were at the centre of retail deals worth more than £500 million in 2014.

The Gyle in Edinburgh is also expected to attract a bid in the £200 million range now that the current owners have won a legal case which opens the way to a sale.

The largest shopping centre in the Highlands, the 410,000 sq ft Eastgate mall has consent for a 50,000 sq ft leisure extension, including an eight-screen cinema and five restaurants. CBRE are reported to have been instructed to sell Eastgate on behalf of F&C REIT which acquired the centre less than two years ago as part of a £250 million package.

Tom Ferrier, a partner in legal firm Pinsent Masons, said: “Shopping centres are an attractive proposition for investors and there is a weight of money ready to be invested in property again on the premise that this type of investment offers decent returns.”

“Shopping centres and retail parks present the opportunity to create value, especially high profile centres like Eastgate and The Gyle. Simply put, upgrading and refurbishment of the facilities and the addition of new leisure offerings creates more lettings, leading to more rental value and also safeguards the long-term value of the asset.”

Ferrier’s 100-strong Real Estate team were involved in Scotland’s three largest shopping centre deals which last year saw a change of ownership at The Centre in Livingston (£224m), East Kilbride (£178m) and Dundee’s Overgate (£125m), and he expects the success of those transactions to fuel further acquisitions in the Scottish retail sector.

He said: “There will be a healthy interest in the Eastgate Centre being put on the market and I would expect, as was the case with Livingston, East Kilbride and Overgate, that there will be multiple bidders vying for ownership.

“In addition to ensuring the fabric of a shopping centre is top quality and therefore a strong draw for the consumer, other revenue streams can be strengthened with the addition of ancillary services such as a cinema or popular branded restaurant franchises, and with consent in place, this adds to the attraction of Eastgate as an exciting investing opportunity.”

In the longer term, Ferrier believes there is a chance the owners of ‘trophy’ shopping centres, like Silverburn and Braehead in Glasgow, Union Square in Aberdeen, could be tempted to test the market.

However, that depends if the current owners have identified alternative and equally rewarding investment opportunities for the newly released funds.

Ferrier added: “When you look at the successful deals of 2014 there must be a temptation for the owners of other shopping centres to share in that success. The problem is that while there may be no shortage of potential buyers, a lot of funds and private equity investors stay put because there are fewer options to trade up, and there is little point in pulling capital out when there is not a suitable vehicle in which to reinvest.”

The good news for consumers and the construction industry is that for the foreseeable future centre owners are continuing to invest in large-scale improvement programmes. A £13 million scheme at Fort Kinnaird in Edinburgh, including six new restaurants and a seven-screen Odeon cinema is nearing completion, as is a £20 million extension at Silverburn.

Meanwhile, work on the Buchanan Quarter development – a £300 million extension of Glasgow’s Buchanan Galleries – is due for completion by Easter 2018 – with Pinsent Masons advising Glasgow City Council on the TIF funding of the development

In addition to acting in Scotland’s three largest shopping centre deals, Pinsent Masons was also involved in the year’s largest single office/industrial letting (Aker’s  330,000 square feet  Aberdeen headquarters) and finished on a high with the acquisition of The Quay in Glasgow on behalf of Strathclyde Pension Fund/DTZIM, which was Scotland’s largest multi-leisure deal of 2014.

“We set out a year ago to target the biggest shopping centre and multi-let property deals happening in Scotland and we are delighted at the success of this strategy so far,” said Ferrier. “The trick is to now maintain that position and to ensure we continue to be involved in these big-ticket deals. We are confident we can do that and with the largest legal property team in Scotland, we are fortunate in being able to handle deals of this size, without compromising on service quality or the delivery of other transactions.” 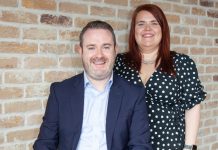