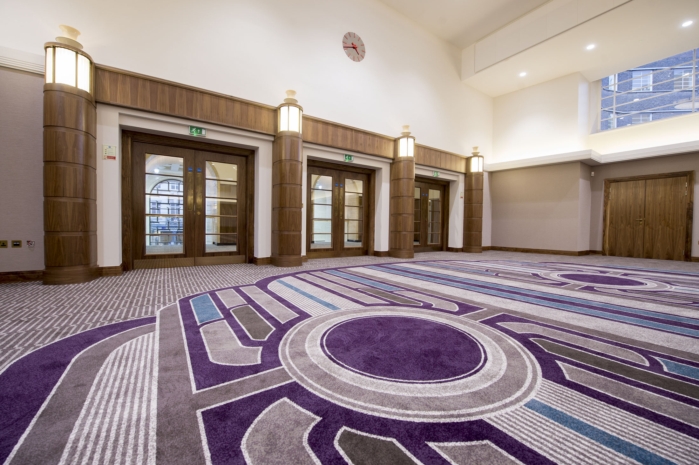 In addition to sensitive restoration of original Art Deco features, the firm has also created new committee and function rooms to allow the city council to hire out spaces at the venue for weddings and functions.

Nick Heath, operations director at Willmott Dixon in the East Midlands, said: “This was a really interesting project for us to be involved in as it involved the restoration of a historic building, but also the provision of office accommodation appropriate for the modern age.

“As part of the works we have undertaken, we have managed to create areas of civic space in addition to the council offices which opens up the building to the people of Leicester.

“Not only that but, following the closure of the council’s New Walk Centre, some 400 staff members have been working in the building since the summer, which presents unique challenges in and of itself as we have continued to work on the lower floors.”

The building served as council offices until the authority relocated staff to New Walk in the 1970’s. Occupiers since then have included the Inland Revenue and the former Willie Thorne snooker club – later known as Riley’s.

Renovations have included the transformation of the old rates hall, where residents used to pay their taxes, into a function room which can be hired by members of the public, as well as the revamping of an auditorium and conference rooms.

Sir Peter Soulsby, city mayor at Leicester City Council, said: “The building has been restored very faithfully to echo how it looked when it was opened almost 76 years ago to the day. It looks amazing, it really does.”

Nick added: “We are really pleased to have now handed this building back in its entirety to Leicester City Council, and are certain that this will be a fantastic facility for their staff and the people of Leicester for many years to come.”