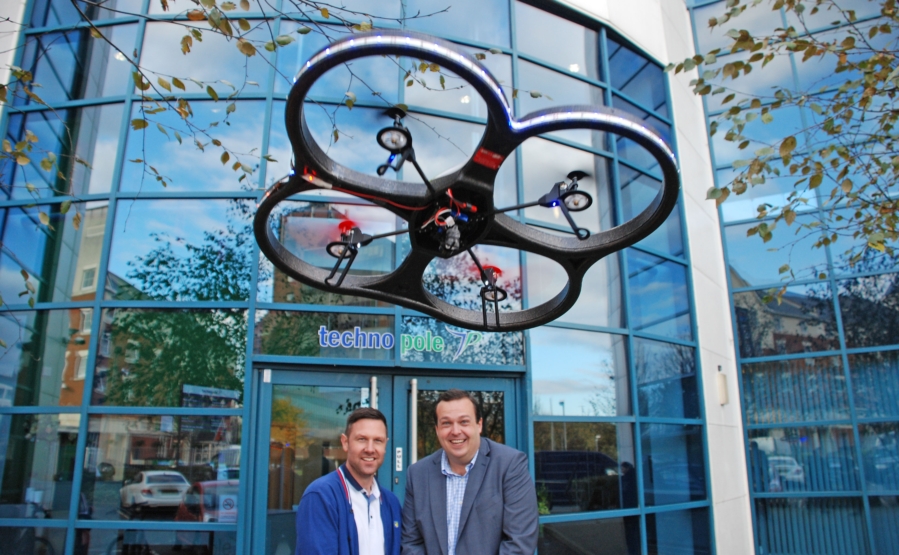 A British market leader in remote-controlled toys and gadgets has expanded at a thriving innovation centre in Portsmouth on the back of retail demand.

Founded by entrepreneur Iain Morgan, Bladez Toyz now has an extra 371 sq ft (34.5 sq m) of open-plan space, adding a third to its footprint and generating employment for 12 local people.

He said: “Demand from customers and high street retailers has been extraordinary and we’re flat-out, especially with Christmas rapidly looming.

“For example, the pump-up-and-play jumbo inflatable Minion, from the computer-animated comedy film Despicable Me 2, which retails at £39.99 and is two foot tall, is already a sell-out.

“We’re constantly expanding our product range, which is now at 30. The design and distribution aspects meaning we’ve happily need to take one-third more space at the Technopole, our highly supportive business premises for seven years.”

Iain and his team created a jumbo-sized inflatable R2-D2, the bin-shaped silver droid and faithful counterpart to golden robot C-3PO, both of whom played a part in shaping history in a galaxy far, far away.

Bladez Toyz also has a licence by search engine giant Google to develop an inflatable remote control green robot, based on the Android phone icon and retailing at £29.99.

Stephen Brownlie, the senior centre manager, said: “Bladez Toyz is very much a home-grown business success story, with British design and distribution generating local employment, driving innovation and creating other jobs through the regional supply chain, such as transport, accountancy and legal services.

“‘Iain and his team are an inspirational example of a firm here at Portsmouth Technopole which has grown from strength to strength, flexing the commercial office space to suit the needs of Bladez Toyz, which is a market leader in its field.”

The five-storey premises provides serviced offices for start-ups, early-stage firms and outsourced businesses, for one person to 50, along with virtual offices, meeting rooms, conference and seminar facilities to hire. 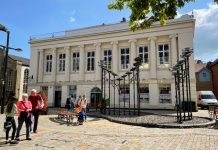