A giant distribution warehouse which will allow one of Britain’s biggest retailers to service the rapid growth of online customers will bring an enormous jobs boost to the East Midlands.

The one million square foot distribution centre which has just been handed over by Clowes Developments to Marks & Spencer is expected to provide jobs for 1,000 people when it goes live in just under a year.

Goods will be freighted straight into the Castle Donington site by rail from suppliers in Europe and the Far East. With carbon neutral construction and a BREEAM Excellent rating on completion, it promises to be one of the most efficient and environmentally-friendly distribution operations in the country.

But it will also go down as a landmark for the team behind its construction, led by Clowes. The Ashbourne-based developer transformed a site dominated by the concrete foundations of a demolished power station into a state-of-the-art distribution centre in less than 12 months, opening up a rail head at the same time.

In the process, it has underlined the growing importance of the M1 corridor through Leicestershire, Derbyshire and Nottinghamshire as a prime location for the distribution warehouse industry, Clowes following up the M&S development with a deal to construct a food distribution centre for fellow high street retailer Co-operative Group only a few miles further north.

The M&S distribution centre has been built at the East Midlands Distribution Centre (EMDC). Half-a-mile long and 100ft high, it covers a 60-acre site which was once home to Castle Donington Power Station, and is expected to employ 1,000 people when it goes live in autumn 2012.

Paul Shanley, the Clowes director who oversaw the M&S development, says it was a challenging project. “We were absolutely thrilled when Marks & Spencer signed up for this development, and we viewed it as a significant endorsement of our own track record for delivering ambitious projects. This was always going to be more ambitious than most, with a lot of work to complete to tight timescales and the need to make sure that we delivered to some exacting standards.
“We are now handing over a large-scale development which we believe achieves that. It is a standard-setter in terms of its environmental impact and its efficiency, it has been designed to support retail e-fulfilment, and it is going to make a major contribution to local employment. We firmly believe it is part of a wave of similar developments in this area – a wave we intend to be at the forefront of.”

Though the building has now been handed over, it was only six months ago that structural steelworks began. Before that, a Clowes team comprising Winvic Construction project managers First Industrial Developments had to break up and remove 50,000 cubic tonnes of concrete foundations from the site, which were left behind when the power station was demolished back in 2003.

Besides lengthy ground preparation, Clowes’ team also had to construct 1.5 miles of dedicated rail track which connect the distribution centre to the national rail network, opening up the East Midlands Rail Freight Terminal.

Mr Shanley continued: “There were additional layers of complication in this project which demanded tight scheduling and strong project management. That is exactly what we are used to delivering and we carried out final construction in three phases, all of which we delivered on time. When you consider that the scale of the groundworks meant that we couldn’t commence work on the steel frame until the first week of May, that is a fantastic achievement – and a magnificent team effort.”

Though the distribution centre already covers one million square feet, its usable area will be doubled to two million square feet by Marks & Spencer’s fit-out. Up to four levels of mezzanine floors will be installed, along with an integrated, state-of-the-art racking and distribution system which has been designed to service the retailer’s rapidly growing e-fulfilment needs across the UK.

The development is part of a growing trend for major retailers to consolidate distribution in a smaller number of major regional operations. Just a few miles up the M1 at Junction 28, Clowes Developments is working on a 480,000 sq ft food distribution operation for the Co-operative Group, which is bringing two nearby operations under one roof at a facility likely to employ around 900 people.

The development is being built at Castlewood, one of a number of strategic distribution locations which Clowes invested in ahead of the industry’s growth. John Proctor, of the Midlands property consultancy FHP, has acted for the developer at both EMDC and Castlewood.

He commented: “Clowes Developments has been involved in major industrial and distribution schemes for a long time. One of its defining characteristics is that it has always been a very carefully run business which invests in high-quality locations and has the experience to deliver substantial projects for major clients.
“Having a developer of national standing based in the East Midlands has helped the region to capitalise on its strategic position right at the heart of UK markets. Both EMDC and Castlewood are perfectly positioned for north-south and east-west distribution. Besides the benefit of the rail link at EMDC, both it and Castlewood are alongside a motorway and A-road network which has seen substantial ongoing investment, with the M1 now widened and the prospect of a dual carriageway A453 to Nottingham and beyond now in prospect.

“State-of-the-art distribution is a central part of drives to improve retail efficiency in a difficult economy, and I have no doubt we will see further significant investment at both EMDC and Castlewood.”

Clowes Developments were advised on the EMDC letting to Marks & Spencer project by FHP’s Nottingham office and the Birmingham office of Savills. Cushman Wakefield advised Marks & Spencer. Flint Bishop were legal advisers to Clowes, the architect on the project was Isherwood McCann of Leicestershire and structural engineering was carried out by BWB Consulting of Nottingham.

Paul Shanley added: “I can’t applaud enough the collective effort that has gone into this project from a first-rate team of professionals. They have helped Clowes Developments to deliver a facility of truly national significance. It has been tremendously satisfying to put both the East Midlands Distribution Centre and this part of the M1 corridor in the East Midlands firmly on the national distribution map.” 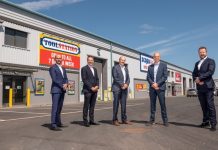 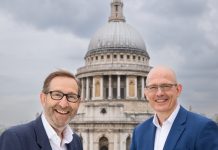