“Sheffield Chamber has been a supporter of the Ikea application since its inception more than two years ago. We recognised there would be significant traffic and highway issues to be dealt with, but felt that it was of vital economic importance to overcome them, rather than to be overcome by them.

“There is so much happening in the Lower Don Valley area at the moment – the Bus Rapid Transit scheme, the new link road under the M1 Tinsley viaduct, the Tram-Train trial to Rotherham, the road changes at Junction 34 of the M1, the Flood Defence schemes, the redevelopment of Don Valley Stadium, Meadowhall’s continuing growth, and of course the still-unconfirmed plans for the High Speed Rail station. The Ikea development is just one more scheme to be dealt with.

“This new abundance of infrastructure and commercial developments in Sheffield is to be welcomed with open arms, they are the shot in the arm the city has needed for years, and we applaud the Council’s decision in granting Ikea approval.” 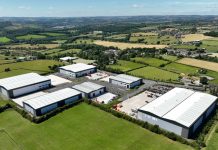