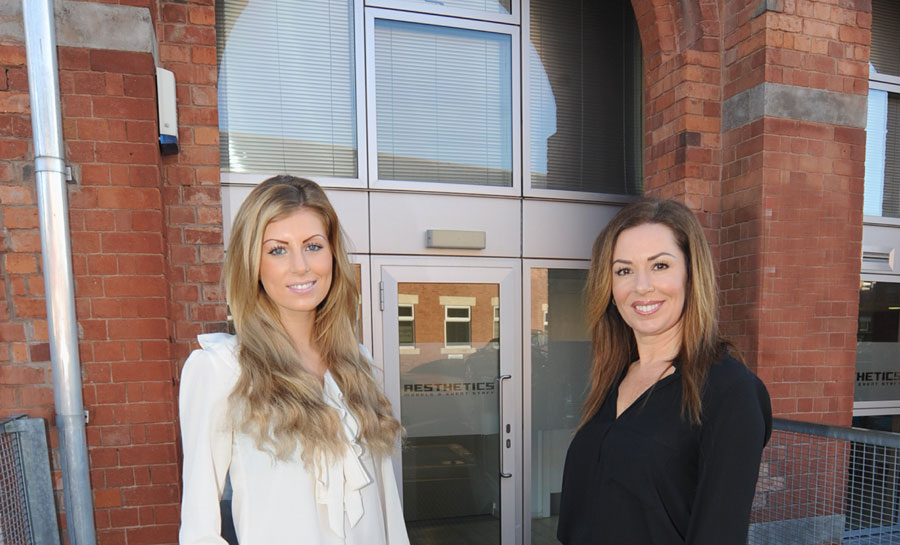 A Coventry teenager is following in her mum’s footsteps by joining the family business as an account administrator.

Seventeen-year-old Emily Thomas has joined Electric Wharf based events planning and staffing agency, Aesthetics, which was established by her mum, Lee, in 1996.

Emily had previously worked for the company at events while in sixth form and when the opportunity came along to join the firm permanently, she decided to move into the world of work full-time.

Her role includes working with major venues such as Wembley Stadium on events such as concerts and sporting fixtures, including domestic and international football matches.

Emily said she was delighted to be joining the company and hoped to move up the ladder with Aesthetics.

She said: “I started out working at events such as Arsenal and Tottenham games while I was still at sixth form. I’d done well in my exams but I just wanted to work and when this opportunity came up, I was really keen to do it.

“I’ve watched mum grow the business over the years and I am proud to be coming in and working for her. Maybe one day I’ll take over, you never know!

“There is quite a lot of responsibility within the role but I enjoy that. I don’t expect any special treatment because mum is the boss – clients want and expect the best service and that’s what I will give them.

“My first major event to help organise will be England v Denmark at Wembley – I’m really looking forward to it.”

Lee spotted a gap in the market in the industry 18 years ago and now has more than 8,000 staff on Aesthetics’ books that cover events around the world for clients such as Premier League football clubs, IT, banking and major automotive brands.

There is also 10 permanent staff based at the company’s Electric Wharf headquarters.

Lee said: “Emily is a very welcome addition to the team. Everybody here knows her already because she has worked with us as she has grown up.

“Of course, there is a different dynamic when it’s your daughter working for you but Emily knows the standards we demand and what clients have come to expect.

“It will great to see her flourish in this new role.”