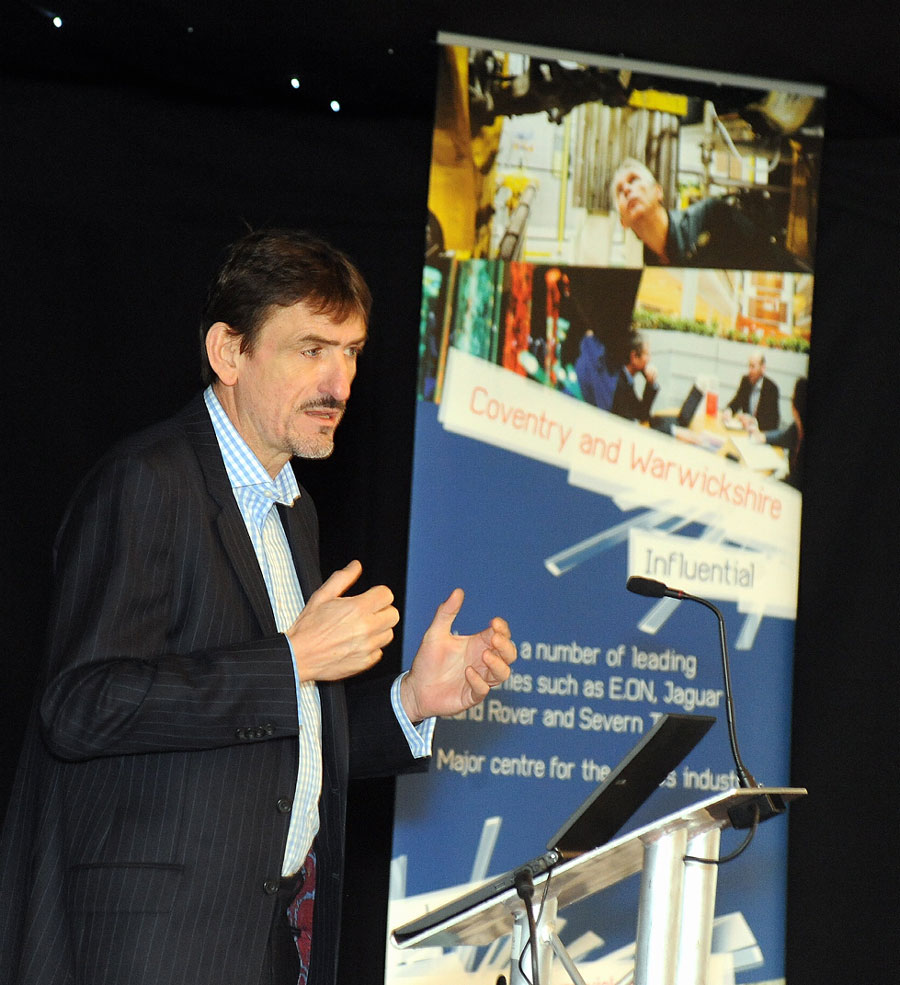 An ambitious plan to create a heritage trail focused on Coventry’s ‘hidden treasures’ has been outlined at the latest Coventry and Warwickshire Champions meeting.

CharterHouse Coventry Presentation Trust Chairman Ian Harrabin detailed the vision for a heritage-led campaign to transform the city in his presentation entitled Re-inventing Coventry Through Heritage. The ambitious plans were revealed to an audience of over 100, attending the monthly Coventry and Warwickshire Champions event at the Coombe Abbey Hotel.

Ian urged Coventry and Warwickshire to use its rich history and heritage to attract new businesses and investment into the city.

His presentation highlighted how cities such as Liverpool, Sheffield and Glasgow had used their cultural assets to attract new companies and professional people into their respective regions.

He also called on Coventry to make more of its ‘hidden treasures’ such as its Guildhall and collection of medieval paintings, to transform the city into a major tourist attraction.

Ian said: “Coventry needs to make more of the cultural assets it has.

“Coventry is very much like an onion, in that the more you peel it back the more you uncover these different layers.

“It has the finest Guildhall in the UK, the best collection of medieval paintings outside of Westminster Abbey, three great Cathedrals and a great war story, among others.

“These are very much hidden treasures and in Coventry we need to do more to present our history better.”

He told how the move helped cement the two brands to the Coventry area and he outlined plans for PSA Peugeot Citroën to increase its support and involvement in local charitable projects.

David said: “With Citroen’s commercial operations having relocated to Coventry, it very much feels like home now.

“The PSA site in Coventry is a national centre of excellence and we have just committed to a 15-year lease on the site, so we are very much set for a future here in Coventry.

“We are already involved in supporting worthwhile projects such as the Heart of England Community Foundation and we are looking at increasing our involvement in corporate social responsibility projects in the region. It would be good to do something connected to the city’s cycle links in the future.”

The next Coventry and Warwickshire Champions Breakfast meeting will take place on Wednesday 26 March at Rugby School. Any individual or company interested in attending the meeting or becoming involved with the Champions scheme should contact Sarah Perry at: