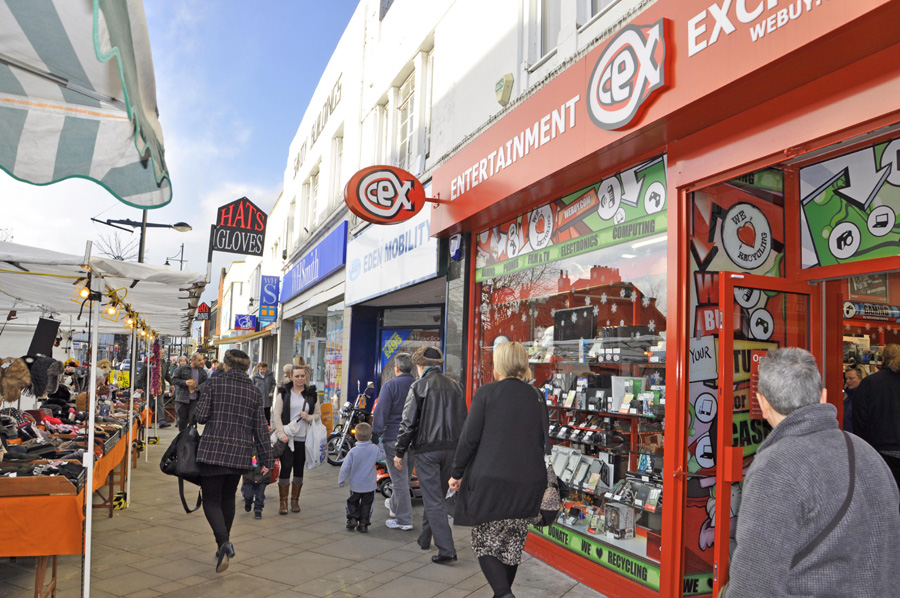 Three retail units next to one another in a Hampshire town centre have been sold freehold in separate deals through commercial property consultancy Hughes Ellard.

“There has been a noticeable increase in the level of property enquiries in the past few months as the economy strengthens and there is a sense of optimism for 2014.”

Nearby occupiers in the prime pedestrianised street include Greggs, McDonald’s, Argos, Nationwide and Robert Dyas.

Number 5 Savoy Buildings was sold to Eden Mobility, now the UK’s largest mobility retailer, for an undisclosed figure. The store, over the ground and first floor, is Eden’s 26th and it was previously occupied by shoe chain Stead & Simpson.

Again for an undisclosed figure, 6 Savoy Buildings was sold to a private investor who has subsequently let the store to CeX – the Computer Exchange, which was founded in London in 1992. The UK-wide retailer buys, sells and exchanges technology and entertainment products.

Hughes Ellard sold all three properties on the instructions of a family trust.