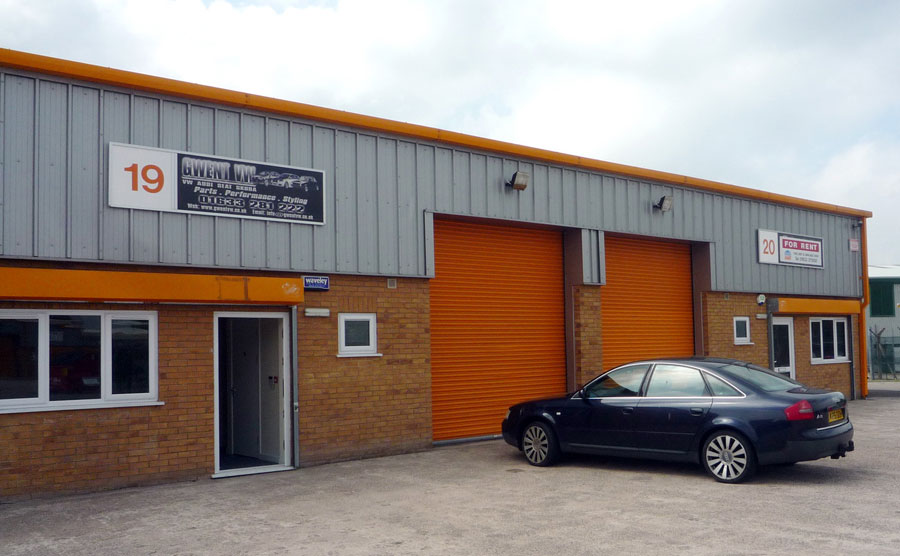 The new company, which will provide vinyl mapping and graphics for cars and vans, has leased the 1400 sq ft Unit 19 at an annual rental of £9000 from landlord Storage Giant Limited.

Richie Palmer of South Wales Autowrap said: “We chose Estuary Court for its excellent location and clean, modern premises. We plan to open our new business there just after Christmas.”

Storage Giant was represented by letting agents Parrys Commercial and Knight Frank. Alex Riddell of Parrys, said: “These units were built in 2008 and comprise 20 units ranging in size from 665 sq ft, up to 5,650 sq ft. Current occupiers include Thrifty Car Rental, Clark Foods, the BBC, Gwent VW Audi, and Europcar.

Rebecca Robert of Knight Frank said: “Estuary Court is directly adjacent to the Newport Retail Park and the main entrance of the Glan Llyn mixed use development so it’s a high-profile location for a warehouse and trade counter development. With only one unit now vacant we are confident the estate will soon be fully let. ”