The green light has been given for a £5 million pound investment on Anglesey’s Parc Cybi Business Park which could create 70 jobs and boost the development of Holyhead port.

Business Minister Edwina Hart has given the go-ahead for the sale of land on the Welsh Government owned Parc Cybi development to The Conygar Investment Company Plc.   The company plans to develop a transport hub & lorry park on a 9 acre site for approximately 140 heavy goods vehicles, with facilities for drivers, a fuel stop and an HGV service centre.

The proposed development has been widely welcomed and will have a positive impact on road safety initiatives and help resolve long-standing issues of lorries parking overnight in lay-bys and within the town centre as drivers wait for ferries. The problem is exacerbated during periods of bad weather when sailings are cancelled.

A planning application supporting the proposals is currently being prepared and should be submitted to the County Council within the next three months. The development could create up to 70 permanent jobs as well as a similar number of temporary jobs throughout the construction phase.

“The Welsh Government consulted with all interested parties to ensure these proposals will not conflict with other development plans that have been announced for Anglesey and I am delighted the plans have been widely welcomed and supported.”

He added, “This is a further demonstration of the confidence shown in Anglesey by the Welsh Government and the private sector. The proposed development will address the parking of HGVs in a more constructive manner, provide opportunities for local people to gain employment and help boost the Island’s economy.”

The proposals are seen as a major boost for the development of Holyhead port as the main freight terminal serving the central sea corridor to Dublin and Ireland.
Captain Wyn Parry, Ship Operations and Holyhead Port Manager for Stena Line, said the timely delivery of a lorry/vehicle stop would have a huge positive impact on the Port and local community while also creating employment opportunities.

He added the development would give the port and Wales an immediate competitive advantage over other ports operating longer sea routes to Ireland and was essential to the port’s long term future development.

“Following the closure of the Liverpool to Dublin DFDS service earlier this year Holyhead has already seen a significant increase in freight volumes so it has become imperative that a lorry park is established close to the port as soon as possible to avoid traffic congestion in and around the harbour.”

Robert Ware, Chief Executive of Conygar said:“We are pleased that the Minister has given her consent for the project to proceed and intend to submit a planning application as soon as possible.

“We have visited a similar facility in Dublin Port which is very successful and are determined to emulate that at Holyhead and discussions have also taken place with a leading Irish logistics company who wish to be involved in the project.

“We have already obtained consent for office distribution and warehousing space at Parc Cybi and believe that the transport hub and lorry park will compliment that development, which will in turn create many jobs.”

The plans will also officially ‘ launch’ Parc Cybi, opening up further investment  opportunities for the remaining 70 acres of developable land. 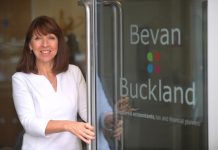