Black Country manufacturing businesses are set for a special insight into the continued expansion of Jaguar Land Rover (JLR).

Julian Hetherington, JLR’s director of strategic projects, will speak to the manufacturing network organised by the Midlands office of Crowe Clark Whitehill.

It takes place on Tuesday, November 29 at a dinner being held at the national audit, tax and advisory firm’s new Black Country House premises in Rounds Green Road, Oldbury, and will include a question and answer session.

In addition, it is particularly topical following the announcement that JLR is to site its new engine plant at the i54 site near Wolverhampton concurrent with developing international plans.

Mr Hetherington can share an insight into the growing recruitment needs for the many new engineers required in the UK and also what JLR will be looking for in its supply chain going forward to support an increasingly global business.

Responsible for the premium car-maker’s international manufacturing expansion strategy, he is involved in sourcing joint venture partners and exploring manufacturing solutions in countries where there are growing markets for JLR products, especially China, India, and elsewhere.

“The new engine plant will be a massive boost to the Black Country and local manufacturers will have an opportunity to hear direct how they might be able to tap into it as well as being briefed on the widening international operations of the company.

“What Julian has to say will be of great interest to those involved in manufacturing, change management, exporting and the motor industry generally.

“JLR is a true British success story, fuelled and supported by the funding and direction of Indian owners Tata. They managed their way through a 50 per cent drop in production, driven by the worldwide demand collapse back in 2008, to a position today where they are considered to be the volume car manufacturer with the fastest growing order books.

“Their brands are aspirational, with Chinese, Russian and the American markets driving this growth, such that 75 per cent of the group’s cars are now destined for export.” 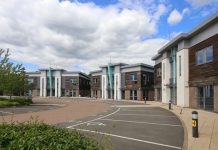 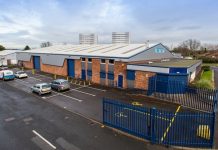