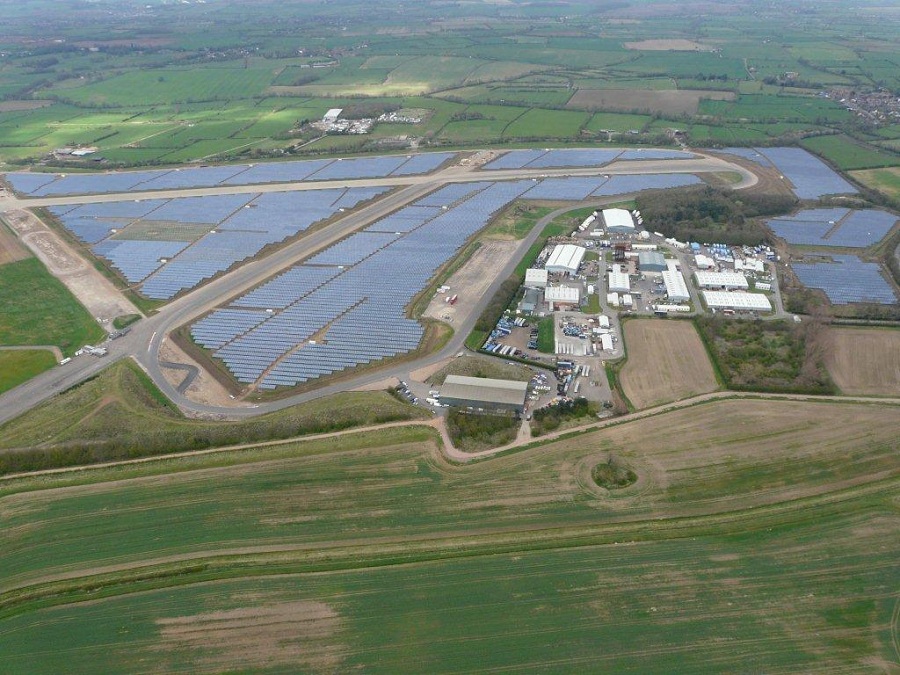 After recently overseeing a £35 million project to create the country’s largest solar farm, Mather Jamie is seeing growing interest in eco investments, with other similar projects now in the pipeline.

130,000 photovoltaic panels were installed by Lark Energy in less than two months on 150 acres of land owned by the Prestwold Estate at Wymeswold Airfield in Leicestershire, and are now expected to supply the local area with 33MWp of renewable energy.

Hugh Platt of Mather Jamie comments: “Plans for the solar farm began in October 2011 and our role evolved continually throughout the project, starting with negotiating the best possible option and lease terms for our clients.

“Once the lease was signed, our role became more of a practical one, overseeing the construction work on site to ensure that it was carried out in accordance with the agreement and without interfering with the various other commercial operations based on the airfield.

“It was also essential to ensure that the project was completed and connected to the National Grid prior to the Government subsidies for renewable energy being reduced, which meant that all of the construction work was undertaken within a very tight timeframe of just seven weeks.

“Wymeswold Airfield is currently the largest field-scale solar farm project in the UK and is expected to generate enough power to supply 8,000 to 9,000 homes with electricity.”

Following completion of the project, Mather Jamie is seeing an increase in enquiries from new and existing clients who are interested in maximising returns from land that is unproductive or currently unused.

Hugh adds: “We are now advising on other similar projects and will be providing the same service to see our clients’ schemes through from the earliest stages to completion.

“There are not many projects that offer such a good investment return, and for those with unproductive agricultural land, it can create a viable new income stream.

“We are delighted to have been involved in bringing the Wymeswold Airfield project to life for our clients and we hope that it will lead the way for other large-scale projects that focus on non-intrusive forms of renewable energy.”