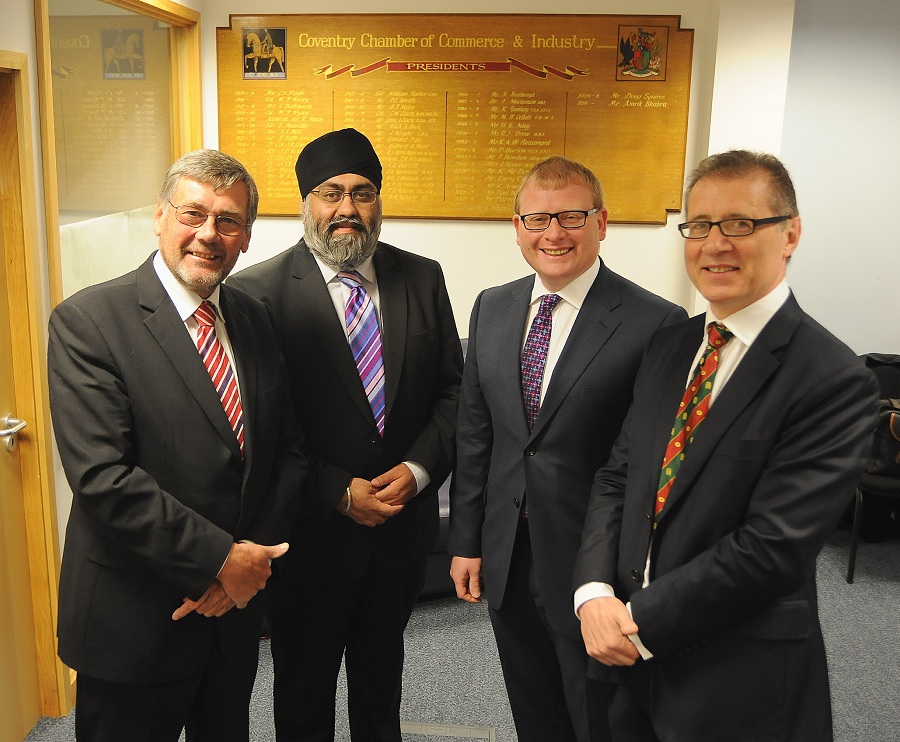 Coventry and Warwickshire Chamber of Commerce has urged the two new leaders of the area’s largest two local authorities to be ambitious.

Louise Bennett, chief executive of the Chamber, made the call as the business organisation hosted a cross-party meeting of four of the area’s Members of Parliament.

The meeting came days after Ann Lucas took over as leader of Coventry City Council and as Izzi Seccombe was voted as leader of Warwickshire County Council.

Bennett said: “It was clear from talking to the four MPs that they believe that we have a great deal going for us and that we should punch our weight in everything we do.

“Certainly they are working hard to advance the interests of Coventry and Warwickshire, which is something the Chamber has done for more than a century.

“There is closer working between Coventry and Warwickshire through the Local Enterprise Partnership and there is no question that we are stronger acting as one.

“Certainly the business representatives who were at the meeting want the two new leaders to be bold and ambitious. We should not merely maintain the status quo, we should be looking to press forward in several key areas such as housing and development.

“It is happening in some areas of Coventry and Warwickshire, but we need to ensure there is a shared ambition to stimulate growth.

“While there will always be party differences in politics, it was heartening to see the collective will to work together in several key areas to help growth.”

The MPs discussed a wide range of topics including housing allocation, the City Deal, inward investment, the NUCKLE rail project and influence at Westminster.

Chamber president Amrik Bhabra, who chaired the session, said: “Coventry and Warwickshire needs to have influence in the corridors of Westminster and the most effective way for that to happen is to ensure a strong dialogue with our MPs.

“This was a healthy and robust discussion on several key subjects but all ended in the same conclusion – that Coventry and Warwickshire has to be ambitious.

“It is only councils and politicians who recognise boundaries, businesses are prepared to work wherever and whenever. Coventry and Warwickshire has to act as one and the two new leaders are essential in ensuring that can happen.

“It was very productive to have MPs from both main parties – and from Coventry and Warwickshire – in the same room at the same time, all discussing ways in which we can drive the area forward.”