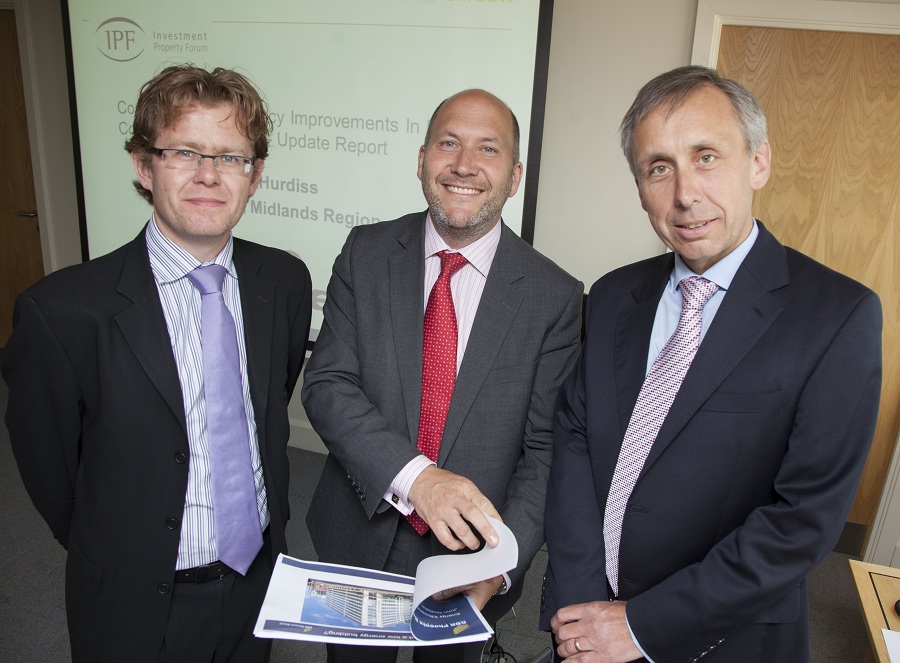 New Government energy regulations will have a “big impact” on commercial property, an expert has warned.

Yet they were viewed with some degree of inertia, said Richard Quartermaine, project director of sustainability at quantity surveyors Sweett.

Revealing updated research undertaken by the Investment Property Forum’s Research Programme entitled “Costing Energy Efficiency Improvements in Existing Commercial Buildings”, he predicted many would do nothing until they absolutely had to.

“They have seen the Government water down lots of proposals and are not willing to engage until they are looking down the proverbial barrel.”

His comments came at a meeting of Midlands region of the IPF held at the city centre offices of law firm Squire Sanders.

It was considering the cost implications of getting offices up to new energy efficiency standards which come into force in 2018.

No later than then, and possibly sooner, all F- and G-rated commercial premises will need to comply or owners will no longer be able to let them.

The meeting heard some were reviewing their property portfolios but the situation was muddied by a number of factors – EPCs were a theoretical measure and did not always fully reflect the true position; in the early days EPC assessments were so lax that in some cases those doing them never even bothered getting out of their cars; there were question marks over who would monitor and police the system; and, of a total of 1.8 million buildings caught in the net, just 367,000 currently had an EPC with many Government and public sector properties thought to be among the laggards.

However, the good news, according to Mr Quartermaine, was many F and G properties could be pushed up to D with minimal expenditure, a capital cost of just one or two per cent, albeit the bill then rose considerably, perhaps 15 per cent to get to a C and some 37 per cent to reach B.

John Griffiths of GBR Phoenix Beard, chairman of the Birmingham Office Market Forum, said the vast majority of Birmingham city centre and Edgbaston offices were in the clear – recently refurbished Rutland House, venue for the meeting, B; The Exchange, C, despite being Listed; One Colmore Square, D; and 125 Colmore Row, E. The only building outside the cut-off in the central core was 130 Colmore Row, F, while Radclyffe House in Edgbaston came in at G.

Urging “more carrot and less stick”, he suggested incentives towards EPC improvement could include offering reductions on rateable values or a deal on void rates relief.

But, cautioned Mr Griffiths, the whole picture was overshadowed by the troubled state of much of the wider sector.

He noted: “Great swathes of the West Midlands are broken markets. They cannot justify any sort of refurbishment let alone an environmentally friendly one.

“There are many millions of sq ft not viable. Some buildings which are still structurally sound are going to end up being demolished.”

This was why the Government needed to give a lead, offer special provisions to broken markets, and seek solutions through “joined up thinking”.

The seminar, with members of BOMF also invited, was held at the city centre offices of law firm Squire Sanders.

Chaired by Tim Hurdiss of Larkstoke Properties, also chairman of the IPF Midlands Region, he commented that “energy security and the cost of utility bills were important issues for many businesses”.