Bamboozled supermarket shoppers are just as likely to buy promoted products that have INCREASED in price as cut-price products according to startling new experimental research by one of Europe’s leading shopping behaviour specialists.

The latest research by Staffordshire-based SBXL reveals that shoppers are more likely to be tempted by signs promoting special offers than the detail of the offer itself. And most shoppers are mentally unable to make effective calculations in-store, and end up missing the best deal or buying something more expensive.

In one SBXL experiment a product costing £4.24 was advertised as “Two for £10” and flew off the shelves. In another experiment involving a food product nearly half the shoppers observed only chose one of an item on a “Buy one, get one free” promotion.

SBXL’s managing director Phillip Adcock said their research had shown that people were influenced by the fact that a product was being promoted, but were less likely to take in the detail of what the promotion actually was.

“In a number of studies we have carried out or commissioned it is clear that the precise nature of a special offer or deal was much less important than the presentation of the promotion. Shoppers are unable to make detailed calculations in- store and so they take shortcuts or start to guess. What they actually do is reduce their choice to anything that stands out above the rest,” he said.

“The message to shoppers is to take more time taking in the detail of a promotion in order to understand what the saving is – if any. The message to supermarkets is that it doesn’t really matter what the offer is as long as the product is visually prominent,” he added

In another SBXL experiment, sales of a brand of lager increased by 10 per cent when a prominent sign was put up next to it. The sign said “Thieves will be prosecuted”!

And in another study, framing a brand of spirit with a promotional colour increased sales by more than 30 per cent.

Phillip Adcock said, “We know that promotions work because a quarter of all products sold in supermarkets are on some kind of offer. But retailers are probably giving away margin where they don’t need to. Putting more thought into the display could well do the job for them. SBXL’s major research into the psychology of promotions has uncovered a distinct lack of understanding by retailers of just how special offers are perceived by shoppers’ brains.”

SBXL, with offices in Lichfield and Tamworth, is a leading retail research firm, combining state-of-the-art technology with a detailed knowledge of human psychology. As well as regular shopper tracking, the company provides retailers and brands with in-depth insights, using techniques such as in-store filming to capture behaviour, The company also provides detailed studies of facial expressions and non-verbal communication to identify sub-conscious decision-making processes, and eye-tracking to determine what shoppers see in-store.

The company – which featured on Gloria Hunniford’s BBC programme “Rip-Off Food” – works with leading retailers and brands across Europe, North America and the Far East. 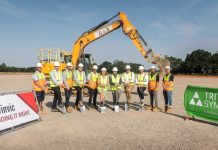 Spades in the ground at Symmetry Park Rugby 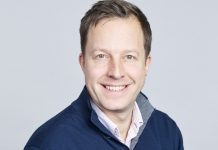