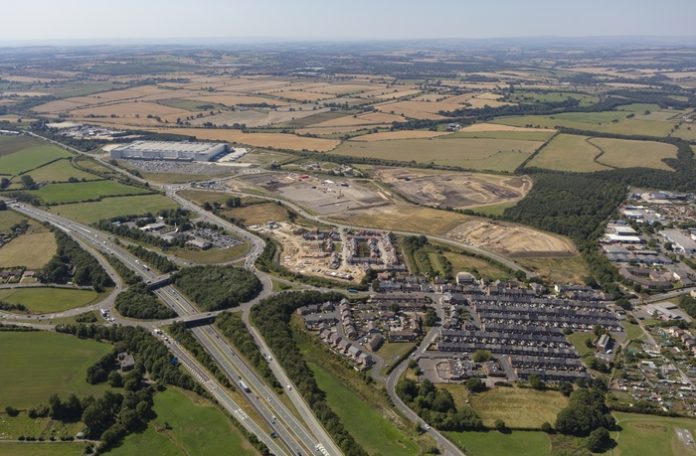 The strong industrial / distribution sector has lead developers and funders to invest in new build speculative schemes across the North East. This has produced an emerging pipeline of forward funded development and site preparation aimed at meeting the shortfall in supply and the anticipated demand from occupiers.

Sentiment in the industrial occupational market throughout the North-East remains positive despite the economic headwinds we are currently experiencing through inflationary pressures. Key growth areas for the region continue to be the traditional manufacturing base along with strong demand from parcel delivery and online retailers.

There is a critical lack of readily available modern units across all size ranges and locations. This lack of space remains one of the biggest challenges for the North-East market. There has been a lack of speculative development since the recession in 2008 to address this undersupply of space. Although the region has seen an increase in speculative development over the course of this year it is not sufficient to satisfy demand, particularly in the larger size ranges.

Avison Young expect the North-East industrial market to hold up well throughout 2022 driven by continuing strong demand and critically low levels of supply. Although a slight slowdown may be expected given current conditions, this is likely to be short lived and unlikely to significantly affect demand for premises of excellence attracting not only Nissan suppliers but other hi-tech companies in this field.

The industrial agency teams at HTA Real Estate and Avison Young, Newcastle are appointed by Block Industrial Ltd to market four high specification warehouse units, currently under construction at Turbine Business Park, Sunderland. The scheme which will deliver 168,000 sq ft of space on the 8.6acre site, located at the junction of the A19 and A1231, Sunderland. Construction works are nearing completion on the scheme which will deliver units of 20,000 sq ft, 29,000 sq ft, 50,750 sq ft and 68,250 sq ft respectively.

The same joint agent’s teams are appointed by Legal and General and Sunderland City Council in relation to the marketing of Hillthorn Business Park, Sunderland. This is a two phase £80million scheme which will deliver circa 600,000sq.ft. of industrial and advanced manufacturing space close to the Nissan plant. The first phase of development is scheduled to complete later this year.

Further south at Integra 61, Citrus Durham the developers behind the largest logistics and manufacturing scheme in the region have sealed a £75m funding deal to pave the way for new industrial space.

Citrus Durham is spearheading the Integra 61 development near Durham, a mixed-use scheme with the potential to create more than 4,000 jobs over the next 10 years through industrial space, 300 new homes, a 70-bed hotel, leisure space and a number of trade and retail units.

Now the firm has announced it has secured funding to bring forward a speculative development of around 640,000 sq ft of new industrial space, to be known as Connect. The funding has come from capital partner Sunrise Real Estate, a developer and asset manager specialising in logistics properties in Europe and the UK.

Connect will comprise a 640,000 sq ft industrial/logistics development of four units ranging from 43,000 sq ft to 152,000 sq ft. In addition, a 298,000 sq ft stand-alone, 15 metre high bay industrial/warehouse unit called Connect 298 will be delivered on an adjacent plot, the largest speculative unit to be built in the region for some time.

The new industrial space will join the park’s anchor tenant Amazon, which is up and running in a two million sq. ft unit at the base and already has 1,000 people working at the site.

Avison Young and CBRE will be marketing the new units to potential occupiers, helping to meet the demand for high quality new build industrial/warehouse accommodation in the region.

Danny Cramman, Director, Avison Young Newcastle comments. “The response by the development sector and their funders is encouraging towards accommodating large space occupational requirements within high value speculatively developed schemes which can help address the current demand / supply imbalance in the North East.” 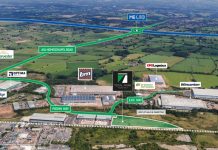 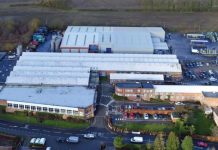 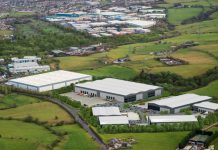