State-of-the-art technology is being utilised in Newport City Centre to keep local businesses and the public safe.

M.R.S. Communications Ltd is a market leader in radio networks for retail and night-time economy businesses throughout the UK which specialises in high quality two-way radio systems. The business has won a contract to work with Newport Business against Crime.

Part of the Newport Now Safe and Secure Theme Group, Newport Business against Crime is a not-for-profit partnership between businesses, the police, the local authority and other agencies, which is proactively committed to reducing crime, violence and anti-social behaviour.

Since the organisations began working together, M.R.S. Communications’ revolutionary StoreNet and NiteNet radio surveillance systems have been put into place in Newport.

The innovative systems allow businesses to communicate and work together to manage and prevent crime and are being used in addition to the DISC online information-sharing platform.

“Being an active part of the radio and secure database and photo scheme not only reassures staff that help is at hand but also has an impact on stopping and deterring known offenders from entering premises, which has been seen to reduce stock loss and crime by up to 20%.”

Inspector Shaun Conway, from Gwent Police, is part of the central Newport local neighbourhood police team. He said: “Both the radios and DISC system have proved highly valuable, allowing premises to share information with other businesses and us to prevent and deter crime, helping us to apprehend offenders and make the City Centre a safer place.”

Businesses in the city have experienced the benefits of the StoreNet and NiteNet radio surveillance systems.

Leiane Hemmings, Manager of The Entertainer, said: “The radio and photos on DISC are a great help in reducing our stock loss and identifying shoplifters. Only recently we were alerted via DISC of persons using counterfeit notes. As a result, by using the radio to call the council CCTV room, the persons were stopped by the ambassadors and the police were called.”

Simon Thorrington, Manager of Newport’s Superdrug store, said: “The radio scheme is a great way of stopping problems with shoplifters and troublemakers that helps all the businesses in the city centre. With the police, council and ambassadors all using it, we soon get to hear what’s going on and are able to stop problems in store.”

Steve Corten, Manager of Coco’s Club and Bar and Chair of Newport’s Pubwatch scheme, said: “Having the radio and viewing the photos on the DISC app are a great help in identifying troublemakers and stopping problems. They make the city centre a much safer place in the evenings.” 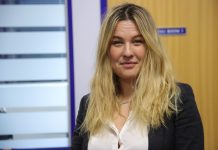 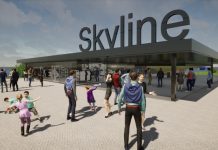 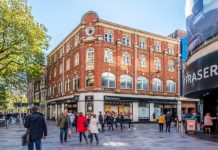