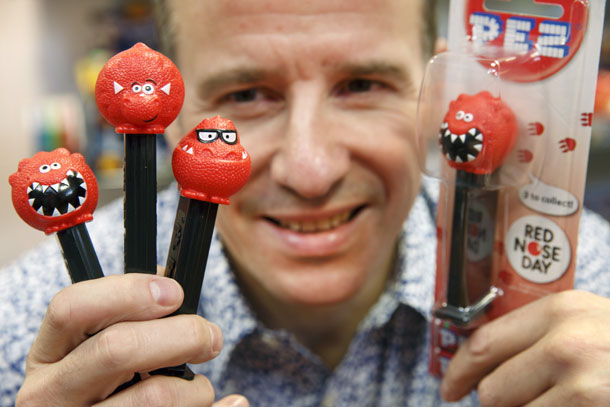 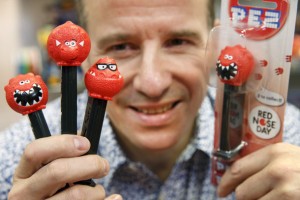 A total of 70,000 PEZ dispensers featuring the three Red Nose characters, Dinomite, Triceytops and T-Spex, will be stocked from the end of January by a range of retailers, including Sainsbury’s, TopShop and B&M Bargains, in the run up to Red Nose Day on 15 March. A donation of 5p from every PEZ Red Nose dispenser sold will be donated to Comic Relief.

Chris Howarth, Managing Director for Bon Bon Buddies, added: “We have been successfully distributing PEZ exclusively in the UK for four years. In the last calendar year, retail sales of PEZ dispensers were £5m and we sold in the region of three million units to UK retailers.

“The brand has an amazing following here and we are confident that this link up with Red Nose Day will be a real winner.”

Bon Bon Buddies was established in south Wales in 1993 and has grown to become Europe’s premier provider of character and branded confectionery to 40 countries worldwide, with eight dedicated European sales and logistics facilities with further distribution in Central Eastern Europe, Italy, Russia, China, UAE and Turkey.

It is one of only two companies in Wales to be featured in the Sunday Times HSBC International Track 200 League Table, which ranks Britain’s fastest growing international sales performers.

Gabriele Hofinger, Head of Marketing at PEZ, said: “We are so excited to be involved with one of the biggest fundraising initiatives in the UK. Working closely with our exclusive UK distributor Bon Bon Buddies, our aim is to maximise sales of the limited edition Red Nose Day PEZ dispensers, together with supporting the other fun initiatives that we have up our sleeves, to raise as much money as possible for Comic Relief.”

Kevin Cahill, CEO of Comic Relief said: “The Red Nose Day PEZ Dinosesaurs dispensers are a great product that will be jumping off the shelves and will raise crucial cash to help fund the life-saving work of Comic Relief at home in the UK and in Africa.”