The 140,000 sq ft mixed use scheme, adjacent to the historic Borough Market, is south London’s newest food, retail, leisure and office landmark. Everyman Cinema, Barrafina, Brother Marcus, and The Office Group, which has taken 51,000 sq ft of space, are among the key tenants.

The site was originally a mixture of derelict land and Victorian railway arches, which have since been restored and repurposed as part of its redevelopment. Designed by award-winning SPARCC, Borough Yards features five mixed-use buildings and public realm.

The scheme connects Borough Market with the River Thames’ South Bank, while London Bridge Station is less than two minutes’ walk away. London’s financial district, Shakespeare’s Globe and Tate Modern are in the immediate area.

MARK has built a reputation for its regeneration of historic capital city landmarks, which include its redevelopment of the iconic former department store The Whiteley, London. Parellell to its redevelopment of Queensway Parade and designed by Foster & Partners, MARK will be transforming the 19th century building into a world-famous residential, retail and leisure asset.

MARK manages €10bn of assets across a range of sectors in Europe. Its last-mile logistics platform, Crossbay, is one of the largest in the region, and it is creating a €1bn residential rental platform, DOMA, for Credit Suisse Asset Management. DOMA’s intitial focus is on Germany and the Netherlands.

Lily Lin, Managing Director at MARK commented: “Borough Yards represents a new chapter for the area and joins a growing list of successful urban redevelopment projects undertaken by MARK. The creation or redevelopment of city-defining landmarks will remain a key focus of ours and work alongside our specialist platform strategy.

“Attracting established and globally appealing occupiers is an integral part of that and the quality of tenants at Borough Yards illustrates our ability to execute this well. We’re looking forward to working with Bruce Gillingham Pollard on strengthening and diversifying the brands which complement our exciting line-up of food & drink concepts.”

“It’s housed in a sensitive and ingenious development which meshes superbly with the surrounding historic building landscape and benefits from the millions of visitors who make their way to this historic and vibrant parts of London.”

BGP will be working with CBRE on the retail leasing at the scheme. CWM and Distrikt are advising on the F&B leasing. 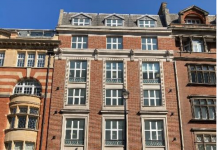 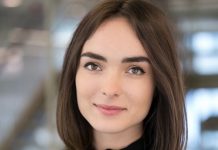