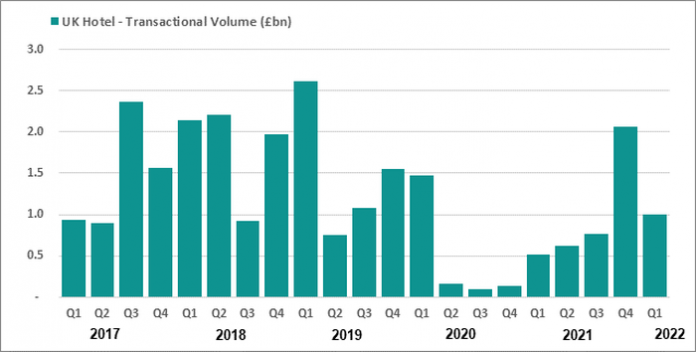 According to latest research by global property consultancy Knight Frank, UK Hotel transaction volumes have exceeded £1.5 billion in the first four months of the year, some 40% ahead of the total investment volume reached in H1 2021.

Transactional activity has been relatively evenly split across the UK, with London securing approximately £750 million of hotel transactions and the UK regions attracting over £800 million.

Portfolio hotel transactions have notably increased in volume compared to last year, accounting for almost 65% of the sector’s total investment activity, representing over 4,200 rooms. The sale of The Pig Hotel Group, the Inn Collection Group and Chardon Hotels all contributed to the regional UK activity; whilst the £420m sale of Point A Hotels as well as Frogmore and C1 Capital’s joint venture to acquire three hotels for £150m, including the Hilton London Olympia, provided a significant boost to London’s transactional activity, whilst further adding to regional UK investment.

There has been continued robust activity by private equity investors, deploying over £1 billion into UK hotels. Asset selection and scrutiny of management teams has been a key driver of those hotels successfully attracting investor interest. This has resulted in deals being structured that allow for former owners and/or management teams to retain a vested interest in the day-to-day operations and future success of the business.

Philippa Goldstein, Senior Analyst – Hotels & Leisure at Knight Frank, comments: “The latest available trading data for the period to the end of March 2022, confirms that the sector continues to make a robust recovery. With investors taking a long-term view, buoyed by the upturn in the cycle, investment levels are expected to remain strong throughout 2022, despite quality, sizeable single asset hotel stock remaining in short supply.”

Henry Jackson, Head of Hotel Agency and Partner at Knight Frank, commented: “A wealth of capital continues to be deployed for assets in prime destinations, and those which offer value-add plays remain highly sought after. With sterling having depreciated to US$1.26, its lowest level since June 2020, UK hotel real estate is set to become notably cheaper for some overseas capital. In particular, US investors are likely to remain for a second consecutive year, the greatest source of overseas hotel investment into the UK, having invested over £850 million in 2021.” 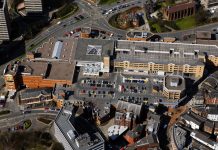