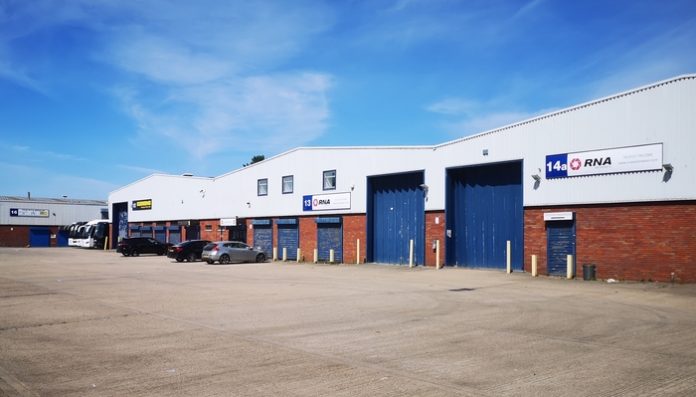 Harris Lamb has marked the beginning of what looks to be another successful year within the industrial property field with the news that another Midlands commercial estate has reached full capacity.

Tom Morley, who oversaw the deals, said: “This estate had unfortunately been effectively empty as a result of a HS2 blight, impacting significantly on the ability to progress leasehold interest at the site. Given the massive shortage in industrial stock over the past 18 months, this has been a frustrating issue, and further to the blight being removed, the landlords invested in a full refurbishment of the units to bring them to an as new standard.

“With a well-documented demand across the country for warehousing, and a location at the heart of the UK motorway network, the landlords’ confidence in carrying out the refurbishment paid off swiftly, with all the units transacted in record time,” he said.

The units, which started at 2,900 sq ft and offered up to 20,000 sq ft of industrial space, were let to occupiers including Prime Sweets Ltd, Wyson Ltd and Riverford on leases ranging from five to 10 years.

Tom added: “The last few months have seen numerous announcements of industrial redevelopments and speculative schemes, all aimed at addressing the current stock shortage. These cannot materialise soon enough, given the speed that those estates with remaining space are filling up.”