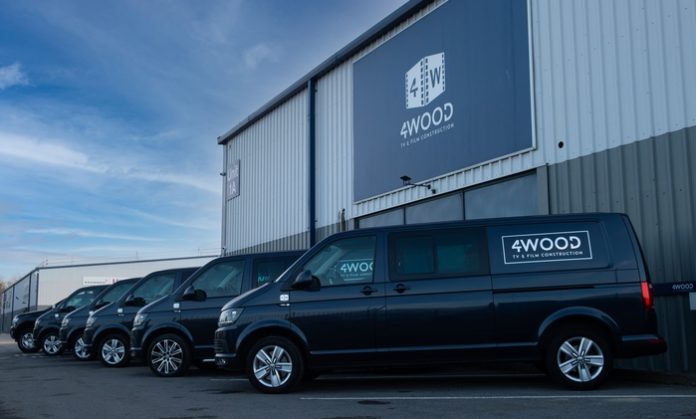 4Wood, whose clients include BBC, HBO, Disney, Lucas Film, Netflix, NBCU, Sky, Apple TV, ITV and Channel 4, has taken a five-year lease of Unit 5A which measures 30,979 sq ft and is one of the largest units at the estate.

The landlord, Mileway, the largest owner and operator of last mile logistics properties in Europe, was represented in the transaction by property consultancy Knight Frank, which markets the estate jointly with Emanuel Jones.

Founded in Cardiff in 2005, 4Wood TV and Film has grown from a family business to become a large, professional and multi-faceted TV and film set construction company. It is one of the leading players within this fast paced and highly skilled sector in the UK.

James Thorne, project manager at 4Wood said: “We will maintain our current 8,733 sq ft Unit 1A on Trident Park and are expanding into Unit 5A to keep up with the growth of our business. It will allow us to prefabricate sets within the workshop environment before sending them out to erect in studios across the UK.

“Trident Park is the ideal location for us to be based. We work closely with Bad Wolf’s ‘Wolf Studios Wales’, which is just a stone’s throw away, and also have perfect access to the M4 corridor to service studios from Swansea to London and beyond.”

Grace Shackell, asset manager at Mileway, said: “While we only acquired Trident Trade Park last year, 4Wood have already been a great tenant. We’re delighted we’ve been able to once again grow a customer relationship and support their growth plans with more space. What is more, with this letting, the asset is now fully occupied, which is a fantastic result.”

Neil Francis, head of the logistics and industrial team at Knight Frank in Cardiff adds: “Having worked with 4Wood when they first located to Trident Park it is great to be involved in their expansion. The creative industries sector is going from strength to strength and Trident Park, being home of the Wolf Studios and 4Wood, is playing a big part in this growth.”

James Thorne at 4Wood added: “Having recently formed the 4Wood Group, we are in the process of developing further divisions, which will enable us to maximise further on areas such as prop making, metal fabrication and event installations, leading to the creation of new jobs over the coming years.”

Rhys Williams of Emanuel Jones said: ”We are delighted to secure an occupier in such a timely fashion, meaning that Trident Trade Park which totals 211,000 sq ft, is now fully let. In addition to this, we have not long launched a 0.85 acre site available on a leasehold basis within the estate (Design and Build options available). The overall aim is to enhance the amenities in the vicinity leading to an improved overall offering at Trident Trade Park.”