The government has reset its approach to building safety with a new plan to protect leaseholders and make residential property developers and companies pay to fix the cladding crisis, writes Mark Chick, Senior Partner and Head of solicitors Bishop & Sewell’s Landlord and Tenant team.

Michael Gove, the Secretary of State for Levelling Up, claims that no leaseholder living in their own flat will have to pay a penny to fix unsafe cladding.

Following Mr Gove’s letter to industry, the old proposed loan scheme for leaseholders in medium-rise flats will be scrapped, with industry given two months to agree to a financial contributions scheme to fund the new plan, otherwise, if necessary, the government will impose a solution in law.

In addition, a new dedicated team is being established to pursue and expose companies at fault and to force them to shoulder the burden of making buildings safe.

The Secretary of State for Levelling Up, Michael Gove, said: “More than 4 years after the Grenfell Tower tragedy, the system is broken. Leaseholders are trapped, unable to sell their homes and facing vast bills. But the developers and cladding companies who caused the problem are dodging accountability and have made vast profits during the pandemic whilst hard working families have struggled. From today, we are bringing this scandal to an end – protecting leaseholders and making industry pay.

“We will scrap proposals for loans and long-term debt for leaseholders in medium-rise buildings and give a guarantee that no leaseholder living in their own flat will pay a penny to fix dangerous cladding. Working with members of both Houses, we will look to bring a raft of leaseholder protections into law through our Building Safety bill. And we will restore much needed common sense on building safety assessments, ending the practice of too many buildings being declared unsafe.

Dame Judith Hackitt, who chaired the Independent Review of Building Regulations and Fire Safety quoted here on the Government’s website said, “This announcement by the Secretary of State is very welcome and should come as a great relief to the many leaseholders who have felt trapped by the prospect of having to pay for remediating defects to properties which they bought in good faith.

“Those who caused the problem now need to step up, take responsibility and show some leadership. This problem has gone on for too long and we need a rapid solution, not months of debate and negotiation leaving innocent leaseholders in further limbo.

Those of a cynical mindset might say that taxing property developers is likely to have more political appeal than finally brining some externally funded assistance to leaseholders who have been unable to sell their flats following the 2017 Grenfell tragedy. However, whatever one thinks of Michael Gove, he has finally committed this government to decisive action on this issue, something that the five previous housing ministers failed to do.

To get in contact with Mark Chick or a member of the Leasehold team at Bishop & Sewell to discuss any related issues, then please quote Ref CB273 either on email: [email protected] or by calling 0207 631 4141 and ask to speak to a member of the Landlord and Tenant team. 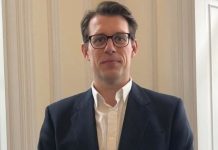