The Bristol office market has seen a very strong quarter 4 take up to end a difficult year on a high, reports the Bristol Office Agents Society. Not only has the market seen take up for the final quarter over treble the quarter 3 figure, but rents have increased over the year and the market has continued to see new developments, and comprehensive refurbishments, come forward.

Bristol’s city centre market saw a further 31 deals complete in the final quarter, the most in any quarter of 2021, to give a total Q4 take up of 249,944sq ft. This is ahead of the 5 year average for the period, and with several deals slipping into the New Year the outlook for 2022 is promising. The annual total for Bristol city centre comes to a healthy 540,910sq ft which is better than could have been expected earlier in the year and is only just behind the 5 and 10 year average take up figures.

This strong performance is due to several large deals in excess of 20,000sq ft completing before the year end. The largest of these was the University of Bristol’s acquisition of 74,373sq ft at 1 Trinity Quay – which is also the largest deal of 2021. Other large deals include BIMM’s move to St James House where they have agreed to lease 32,731sq ft, the much awaited pre-letting of 27,377sq ft on the 2nd floor at CEG’s EQ to ARUP and the letting of 20,951sq ft at Bridgewater House to RPC.

Headline rents for the city centre have increased through the year and now stand at £38.00per sq ft. It could be argued that COVID has resulted in slightly more favorable incentives for tenants continuing from 2020 through 2021, however there has also been an increased trend to take quality space and tenants are prepared to pay for this.

2022 has also seen continued commitment by a range of developers to new build schemes and comprehensive refurbishments in the city centre. Schemes such as CEG’s EQ and Nord’s One Portwall Square are now well underway and securing pre-lets. In addition to this, new schemes including Tristan Capital’s The Welcome Building, AXA / Bell Hammer’s Building C Assembly and Umberslade’s Cargo Work have started on site this year and will provide 312,000sq ft between them. There are also several buildings undergoing comprehensive refurbishments which will bring high quality space to the market in 2022, which includes; V7’s Dock House, XLB’s 70 Redcliff and Northwood’s 10 Victoria Street.

The Bristol out of town market experienced a quieter finish to the year with Q4 take up of 57,924sq ft to bring the annual total to 214,969sq ft. Whilst this is down on the 5 and 10 year averages for the market it is almost identical to take up in 2020 and 2019 so is perhaps a reflection of the new trend for occupiers to take city centre space. There has been a lack of large deals this year and quarter with the largest deal of the quarter being KKP Group’s acquisition of 14,453sq ft at Beech house, Brotherswood Court.

Richard Ford, Partner at CSquared commented “Bristol’s city centre take-up in Q4 was the third highest quarter of the last 5 years and puts the annual total of 540,000 sq ft midway between the 3 and 5 year averages. This is particularly impressive given that – unlike most other major regional centres – it was achieved without a major pre-let. The level of take up highlights the extent and depth of active occupier demand in Bristol and as a number of major transactions under offer in December did not sign pre-Christmas we believe we’ll see encouraging take up and rents into the £40’s per sq ft in Q1 2022”.

Hartnell Taylor Cook’s Partner in charge of Office Agency, and current President of the Bristol Property Agents Association, Chris Grazier added: “The resilience of both the city centre and out of town market is really emphasized by the take up for this year which has been recorded in unprecedented times and provides a firm foundation for some of the exciting new build, and refurbishment schemes, delivering over the next year and beyond. We are confident that occupier activity levels will increase as 2022 gathers momentum and with supply of high quality Grade A space remaining at all time low levels expect continued rental growth over the coming year”. 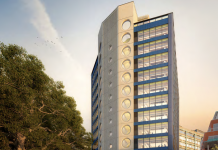 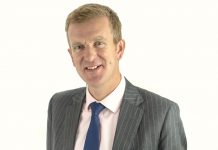 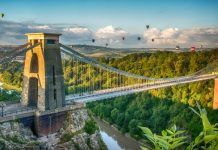 Avison Young 2022 Forecast: Bristol’s reputation as a city to do business continues to prosper