Home England South US inflation at 6% – are we heading back to the 1980s?
LinkedinTwitter
FacebookGoogleWhatsappPrintMail

So Marks & Spencer has at last broken with its long tradition of disappointing the City and actually turned a profit. This is heartening news from one of the UK’s favourite retailers. Engineering the company so that it can compete with online retail and changing consumers habits has cost five chief executives their jobs since the 1980s when M&S was the go-to employer of choice for ambitious management graduates, writes David Little, a Partner in Bishop and Sewell’s Corporate and Commercial department.

Reported in The Times: chief executive Steve Rowe says the ‘hard years’ of its turnaround are behind it and announced headline profits of around £500 million. M&S said food sales were strong and its clothing business improving. The company benefited from school uniform sales and workers refreshing their wardrobes ahead of a return to the office.

Needless to say the UK’s economy as a whole is growing modestly, 1.3% in quarter three, down from 5.5% in the second quarter, rather than ‘steaming ahead’ as the Bank of England had predicted when I wrote here six months’ ago.

According to the latest figures from the Office of National Statistics (ONS), mentioned in Accountancy Today the level of quarterly GDP is now 2.1% below where it was before the coronavirus pandemic at Quarter 4 (Oct to Dec) 2019.

The ONS also revealed a 2.5% fall in wholesale and retail trade output, which it said was driven by ‘weak consumer spending’, (although not in M&S, clearly).

The recent supply chain challenges around the world will certainly have affected sales, be it shortages of microchips for electric vehicles and mobile phones, or another set of curtains for Mrs Little.

Another phenomenon of the 1980s is the runaway inflation rate in America. The Federal Reserve’s view that inflation in the US is transitory is looking rather misplaced with the 6.2% rise in consumer prices last month a “shocker,” so says the Daily Mail.

Will they, won’t they cut interest rates?

It was a surprise that the Bank of England decided to stick with 0.1 per cent in November, but no one should be surprised if there’s an increase in December. It’s understandable that the Federal Reserve and the Bank of England wish to gather more evidence before raising rates to combat inflation.

Raising rates in the face of slowing economic activity could do real harm to the fragile post-Covid economy. But Christmas is round the corner, one visit to Oxford Street, Regent Street and Covent Garden will show that they are once again heaving with shoppers. In spite of the end of the furlough scheme, in spite of rising gas and petrol prices.

Another barometer of business confidence might be the density of travellers on the London Underground. Commuter services are crammed again. Offices are becoming noisier. Is it too early to call normal service is close to being resumed?

Newspapers don’t like reporting good news. So let’s wait instead for the ONS’s next GDP report for the fourth quarter of 2021. 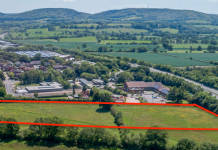 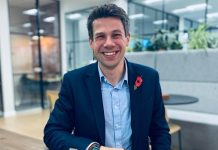