Two UK-wide tools and building materials businesses have opened their doors at a new £30 million mixed-use development in Nottingham.

Tool Station, which supplies trade-quality products to the trade, DIY home improvers and self-builders, started trading earlier this month at Teal Park off the Colwick Loop Road in Netherfield.

They have been joined this weekend by Screwfix, which is the UK’s largest multi-channel retailer of trade tools, accessories and hardware products.

Howdens is due to start the fitting out of its 6,000 sq ft premises towards the end of this month.

This activity marks the completion of the 33,300 sq ft trade park and a 28,860 sq ft industrial unit sold to Storage Giant which has been jointly developed by Warwickshire-based AC Lloyd Commercial and Nottingham-based based Henry Davidson Developments (HDD).

The multi-million-pound development will also include another six trade units and six large employment units totalling 111,000 sq ft, a care home, a new Local Centre with four retail shops, a children’s day nursery and a pub as well as an Aldi supermarket when it is completed.

Mark Edwards, managing director at AC Lloyd Commercial, said this was the first time he had visited Teal Park since the first national lockdown in March 2020.

“It was fantastic to see all the work that has been done over the last 19 months in person – and the difference to my last visit is staggering,” he said.

“There was a hive of activity with customers already visiting Tool Station and Screwfix and I’m sure there will be an equally positive response when Howdens and Storage Giants open.

“Looking at photos of the trade park doesn’t do it justice and we are really pleased with the completion of the first phase of the development.”

Richard Croft, director at HDD, added: “This is the first branch of Tool Station in this part of Nottingham and the steady flow of customers shows that Tool Station and Screwfix are already proving popular.

“The opening of these two units will be part of an overall job creation figure of 340 full-time equivalent posts when Teal Park is finished which is good news for local job-seekers and the local economy.” 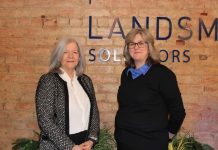 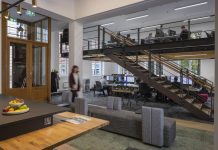