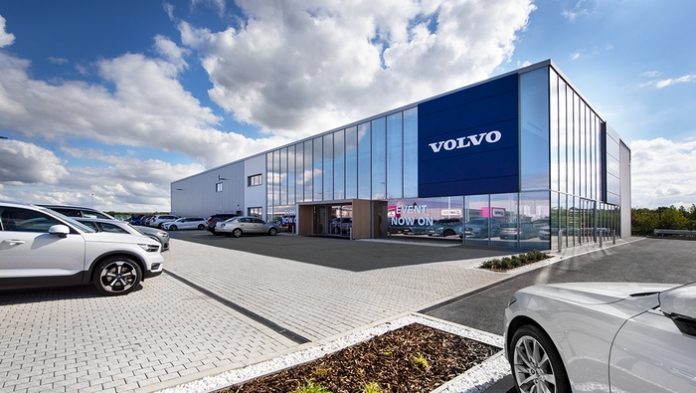 Midlands-based MCS Group has reached practical completion on the 17,000 sq ft flagship Volvo dealership on one of the last remaining plots at Horizon-38, with a frontage directly on to the A38.

Newbury-based car dealership group Waylands has begun trading at the premises on a brownfield site in Filton, which was formerly used by aerospace giant Rolls Royce.

The showroom is Waylands’ fifth Volvo dealership in the UK. Waylands also has Volvo dealerships in Swindon, Oxford, Reading and Newbury and has expanded its portfolio to include other car manufacturers.

The premises features large exterior and interior glazing showcasing the showroom, workshops, and a Scandinavian-designed lounge for customers.

Group development director Tim Perkins, of MCS Group, said: “We have enormous experience and expertise in delivering car dealerships, dating back to 2003 when MCS Group was first established. Working alongside St Francis Group, iSec and Waylands, we have delivered a very impressive new dealership at Horizon-38.”

Horizon38 was acquired by a joint venture between St Francis Group and iSec late in 2015 and since then nearly 500,000 sq ft of new high-quality warehouse space has been built in addition to a new Village hotel and trade counters.

MCS Group has built and refurbished more than 300 car dealerships since its inception in 2003. The Warwickshire-based company has worked on a string of high-profile projects for the likes of Audi, Aston Martin, BMW, Porsche, McLaren and Jaguar Land Rover.