Home England Wales Can employers be held liable for unfair dismissal on the basis that...
LinkedinTwitter
FacebookGoogleWhatsappPrintMail

Many pandemic related claims for unfair dismissal are only just making their way to the Tribunal and a recent case found in an employee’s favour and decided that it was unfair for an employer not to have actively considered the furlough scheme as an alternative to making the employee redundant. This is an interesting development when there was no right for employees to require an employer to put them on furlough.

Many people had never said the word furlough until March 2020 and it may be hard not to sympathise with employers who were perhaps confused by the logistics of how the furlough scheme would work in practice and the constantly changing guidance which was issued by the government during the early stages of the pandemic (updated 9 times during April 2020 alone). Whilst it goes without saying that furlough offered a vital lifeline for many employees, it was not a cost-free solution for employers who may have lost the majority of their revenue overnight when businesses were forced to close during lockdown. Employers (and their advisers) were initially unsure about how a period of furlough leave would interrelate with periods of holiday, notice periods and/or sick leave and employers also faced the risk of potential claims for breach of contract and/or unlawful deduction from wages if they did not top up their employees’ salary to 100% whilst claiming furlough.

The furlough scheme was said to be voluntary and it is understandable that some employers may have decided not to utilise the scheme on the basis that the administrative risk of relying on HMRC to process claims promptly (when cashflow reserves may have been low) and/or the cost of seeking legal advice on drafting employee furlough agreements was too high. Some also questioned why the government relied on employers to “do the right thing” and utilise the scheme when it may have been better to provide a scheme which allowed employees to claim this benefit directly.

Those employers that did engage with the scheme were told that from August 2020 they would have to start contributing towards the costs of furloughed staff by virtue of paying their employees’ National Insurance and pension contributions and that this cost would increase to include 10% of their employees’ salary from September 2020, rising to 20% of their employees’ salary from October 2020. This was presumably on the basis that the government was hoping that life was returning to normal and business picking up. However, for those companies who had not seen this upturn in revenue, redundancies may now have been inevitable.

It is also noteworthy that the furlough scheme has so far been extended 5 times by the government and this has usually been announced at the last minute. This is of course due to the unpredictable nature of the pandemic and the need for the government to act swiftly when it became obvious that this continued support was vital. However, this left some employers grappling with whether they were expected to reverse redundancies when the government subsequently extended the furlough scheme from October 2020 to March 2021. This announcement was not made until 5 November 2020 and some employers may have already made redundancies by this date or were in the late stages of a redundancy consultation process. How realistic was it to expect employers to reverse redundancies when there was uncertainty about the implications of reversing such decisions and about how long the furlough scheme would continue to be available?

We know that some employers misused resources made available to them by the government during the pandemic and litigation about furlough fraud is underway. We also know of large multinational companies (who could perhaps have afforded to shoulder the costs of Covid) being pressured to repay sums claimed via emergency Covid loans during this period. However, it may be harsh to see some employers now being penalised for dismissing an employee on the basis that they did not properly utilise the furlough scheme, when few could have predicted that the reality was that this scheme was going to be needed for over 18 months.

In any event and irrespective of whether the furlough scheme is extended again post September 2021, we are advising employers to proceed with caution. We know now that it will be important for employers to actively consider the use of the furlough scheme as part of any redundancy consultation process and that the absence of a reasonable explanation for not furloughing will likely make the dismissal unfair.

Jasmine Sudworth is a Solicitor in Bishop & Sewell’s expert Employment team. If you would like to discuss any of the points raised in this article, please do get in contact with her on 020 7631 4141 or email: [email protected] 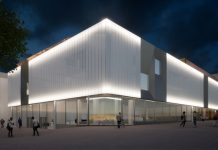