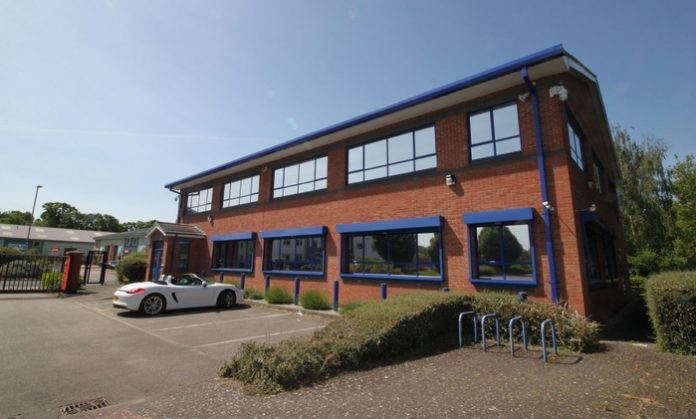 An engineering group is creating more than 100 jobs after completing the purchase of new offices in Warwick through commercial property experts Bromwich Hardy.

Global engineering, design and recruitment firm Contechs says it has vacancies for up to 130 designers to work from its new offices at Grand Union House on Budbrooke Road.

The £1.5 million sale of the two-storey building, land, and plant and machinery was concluded by Bromwich Hardy partner David Penn – and marks the latest in a string of high-profile successes for the award-winning Coventry-based firm.

Contechs, which is headquartered in Warwick and has offices in Basildon, Germany, the USA and India, says the new offices will house designers working on all aspects of electric vehicles and allow it to expand its manufacturing base at its existing Warwick site.

Managing director Peter Jarvis said the firm, which employs around 1,000 people, was delighted with the new 5,600 sq ft offices.

“The new site is alongside a canal, light and airy and will be perfect as a base for our specialist design consultancy business. The move will also allow us to devote more space to manufacturing at the existing site just up the road.

“We work on all aspects of design for electric vehicles including bodies, chassis, battery trays, interiors and trim and are expecting to generate up to 130 new jobs through this expansion.

“Everything connected with the sale went as smoothly as possible and we had no issues at all. That is the highest compliment you can pay.”

David Penn, who acted for the vendors, said: “We are delighted to have concluded this sale to Contechs, which is one of the region’s most successful companies.

“The demand for high-quality, modern office space which is conveniently located remains healthy in spite of the pandemic and its impact on working practices. We expect this to continue for some time yet.

“This is a prestigious office building in an excellent area which has attracted an equally prestigious purchaser. We look forward to seeing Contechs’ continued success in the years to come.”

Martin Harrington, of Gould Baxter advised Contechs on the transaction.

The sale is the latest success for Bromwich Hardy, which is now amongst the most successful agencies of any size across the country.

The latest EG Radius figures ranking the country’s top commercial property firms by the amount of space they have transacted so far this year shows Bromwich Hardy succeeding in all parts of the nation.