National independent building and project consultancy Paragon has opened an office in Leeds city centre as the business continues to implement its targeted UK expansion strategy.

Paragon’s new office is headed up by director and shareholder, Robert Simpson, who has been with the consultancy for six years and lives in Leeds.

Prior to joining Paragon, Robert was an associate director in the Leeds office of Colliers International where he worked for 12 years. Robert has been joined in the new office by senior building surveyor, Tom Pitt, who was also hired by Paragon six years ago.

They will be supported in expanding the Leeds office by the head of Paragon’s Manchester office, director and shareholder James Onions, who is also a Leeds resident. The consultancy anticipates recruiting for a range of building surveying, project management and cost management positions as the Leeds office expands.

The office launch comes in direct response to growing client demand and new opportunities for Paragon throughout Yorkshire. The consultancy’s clients operating in the region include Legal & General, Select Group, APAM, Landsec, Northwood and Kinrise.

Commenting on the office launch, Paragon’s joint managing director, John Munday, said: “Our work within Yorkshire has continued to expand both in terms of volume and remit so it makes perfect sense for us to open an office in Leeds.

“We have an established reputation for delivering commercially-focused advice in a way that’s both straightforward and practical. Under Robert’s leadership, we will continue to grow our business in Yorkshire upon those firm foundations.

“Our Leeds office also represents the next phase of Paragon’s development. With a degree of normality returning to the workplace, the timing enables us to continue our targeted growth plans.”

Projects that Paragon has advised on in Yorkshire include the recently completed £7.5m refurbishment of 1 City Square in Leeds for APAM and the £250m expansion of Thorpe Park business park, also in Leeds, for Legal & General.

The consultancy continues to provide project and cost management services to Landsec on several of its assets, including shopping centre Trinity Leeds.

Paragon’s Robert Simpson added: “Having an office in Leeds means we can provide our existing clients in the region with even greater levels of service delivery whilst also enabling us to identify and secure additional commercial opportunities.

“As a business we have established a number of new in-house services in recent years, most notably the expansion of our energy and sustainability offering, which we will look to develop alongside our clients within the local area.

“As someone who lives in Leeds, it is great to open an office in my home city and further grow Paragon’s connections with funders, developers and intermediaries operating in Yorkshire and beyond.” 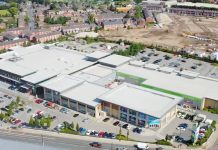 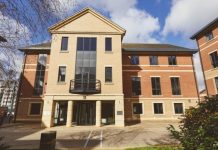 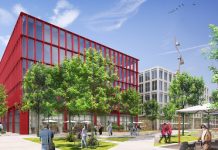