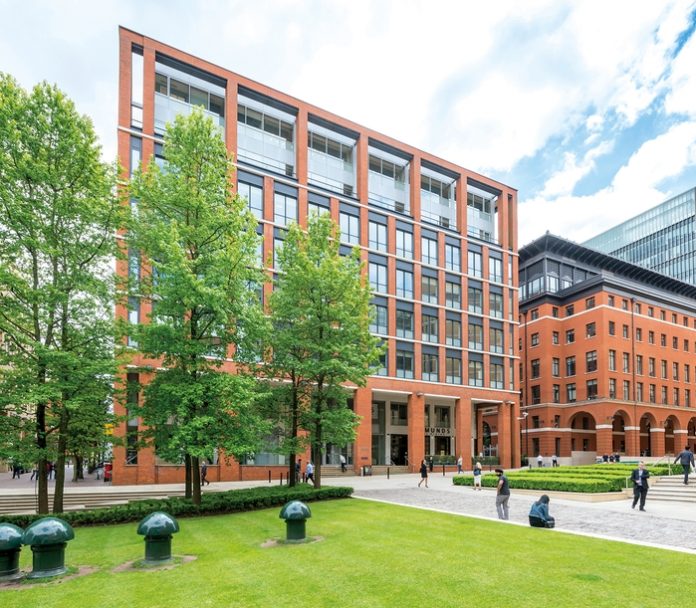 The Birmingham 2022 Commonwealth Games has expanded its home at Brindleyplace after committing to additional space at the estate as it gears up to host one of the iconic events of the sporting calendar next year.

The organisation has agreed to let the fourth and fifth floors at 6 Brindleyplace, totalling over 28,000 sq ft, to cater for the expansion of its team as it steps up preparations to host the games next summer.

The lease increases the total amount of space leased by the business at Brindleyplace to over 100,000 sq ft when combined with the 73,000 sq ft it currently occupies at 1 Brindleyplace.

The letting follows a separate deal, which has recently been completed by landlord Hines, with co working business WeWork agreeing to a lease surrender for the 97,000 sq ft of space it currently occupies.

Raj Rajput, Managing Director – Asset Management, UK, Hines, said: “We’re thrilled that the Commonwealth Games has committed to more space at Brindleyplace and to have another internationally recognised organisation based at this exemplar mixed used scheme demonstrates, yet again, how highly regarded the estate is.

“6 Brindleyplace is an attractive space at the heart of the estate overlooking Central Square and following our agreement with WeWork we have been inundated with strong enquiries regarding letting space within the building.

“We’re looking forward to welcoming new faces at the Commonwealth Games and new tenants to the building in the very near future.”

Ben Thacker, Director for National Offices at Savills, said: “Brindleyplace has been the official home of the Birmingham 2022 Commonwealth Games team since Spring 2019 and to see the organisation continue to expand its offering is testament to the quality of space and amenities at the estate.

“As the number of people returning to offices continues to rise it is important that working environments offer much more than just a desk space. Brindleyplace’s mix of modern, flexible space combined with the leisure facilities, green open spaces and food and drink options sets it apart from other spaces within Birmingham.

“The Commonwealth Games coming to Birmingham is a huge coup for the city, and the excitement is really building as the opening ceremony draws ever closer. The games will have a hugely positive impact for city and has the opportunity to leave a real legacy here.”

Savills acted on behalf of Hines and Cushman and Wakefield advised the Commonwealth Games to complete the deal.