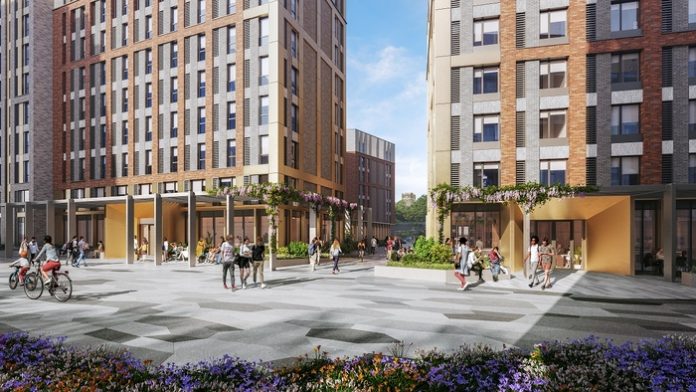 The Conygar Investment Company PLC – the developer behind the scheme – has chosen a mixture of local and national contractors, designers and consultants to partner with, who are all working together to transform the southside area of the city.

Engineering consultancy Couch Perry Wilkes is the latest Nottingham-based company to join the list of project partners – which already includes other local businesses such as CPMG Architects, Leonard Design and Macaulay Sinclair – having been appointed to provide mechanical and engineering services for phase two of the development. Also announced are Quartz Project Services as quantity surveyors for phase 1A, Canal Turn, and Studio Egret West, which will be responsible for placemaking and the public realm.

Work is now well underway on the first phase, 1A, of the development, which will regenerate the canal basin area on the southwest corner of the site – with two restaurants, an event space and rooftop terrace, as well as a bandstand and public spaces. Planning for the second phase, 1B, was submitted in January for a UK first ‘cohesive use’ scheme, featuring a combination of hotels, co-working space, apartments, green public realm and leisure facilities.

Christopher Ware, property director at Conygar, said: “The Island Quarter is one of the biggest city centre regeneration schemes in the UK, and for that reason it’s vital that we have a team on the site that has both the skills and local knowledge to make it a success. That’s why we want to partner with local companies, like Couch Perry Wilkes, because they’re as passionate about the area as we are.

“It’s an incredibly exciting time for the city, especially now that spades are in the ground and progress is being made every day. We want to make sure The Island Quarter is a community the people of Nottingham can be proud of, and to do that it’s crucial to work with a wide variety of partners that will each bring unique and exciting ideas to the table.”

Ashley Cowdrey, director at Couch Perry Wilkes, said: “We’re thrilled to have been appointed to work on such a prominent scheme. The whole development is really exciting, not just because of its scale but the fact it’s brimming with potential to widen the city centre as an attraction.

“This area has sat derelict for years, so it’s great to see Conygar breathing new life into it with aspirations that pull so many elements of Nottingham’s character together – hospitality, residential, business, public realm and more – it feels like a concentrated snapshot of the city and, as a local business, we can’t wait to see it move forward.”

The Island Quarter masterplan, which received outline planning approval in April 2019, has been designed with a full lifecycle of uses, ranging from student housing, office space and community living. It will introduce a network of public realm and access routes for pedestrians and cyclists, with green spaces at the heart of the plans.

Daniel Gillespie, director at Quartz Project Services, said: “We are extremely excited to be part of a project that encapsulates the city’s reputation of foresight, individuality and creativity so perfectly. We’ve already made several visits to the site to conduct a number of valuations and are monitoring the development’s progress closely. Being involved in a scheme like this will be extremely rewarding for us and we look forward to being part of a project that’s going to bring so much to the city of Nottingham.”

David West, founding director at Studio Egret West, said: “This is a unique opportunity to work on a project that’s going to have such a massive impact on the city as a whole, by evolving a distinctive, pioneering and landscape led neighbourhood. We’re entering a new era of placemaking and that’s why a collaborative approach is going to be so important for The Island Quarter to ensure it meets the post-pandemic needs of our cities. We want to bring as many people as possible on this journey with us and help create a destination the people of Nottingham will enjoy for generations to come.”

The landmark development will create hundreds of jobs, strengthen the local economy and help to elevate Nottingham as one of the UK’s key regional cities for investors and employers.

Project managers WES Consultancy and investors Lavignac Securities are also both leading on the delivery of the project on behalf of Conygar Investment Company. 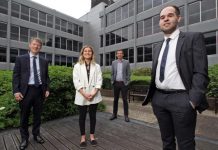