Property investment firm Kinrise has announced a series of new leasing deals agreed during the recent UK lockdowns. The new leases, which total approximately 55,000 sq.ft. of office space across buildings in Manchester and Leeds, reflect an uptake of approximately 63% of available space. Deals include household names such as Puma, hospitality chain Piccolino and premium sportswear brand Castore. Agreed whilst the country was encouraged to work from home, these deals showcase consumer confidence in the Kinrise model and their considered approach to hybrid workspaces.

Founded by Sam Lawson Johnston, George Aberdeen and Harry Lawson Johnston in 2015, Kinrise reimagines and restores unique properties with a design and value-led approach, striving to establish a holistic culture that embraces the needs of both solo entrepreneurs and large global companies, supporting business growth and personal fulfilment. Owner and operator of all its buildings, Kinrise offers a mix of affordability; each building can facilitate a solo entrepreneur looking for a single desk for an hour, up to a large established company taking a 25-year lease on a full floor of top specification space.

In the largest single leasing deal in the history of Kinrise, the premium fitness apparel brand Castore, which sponsored US golfer Patrick Reed in the recent Masters tournament, has secured a 13-year lease on over 22,000 sq.ft. of space in one of the company’s Albert Estate buildings in central Manchester. OBI Property acted to introduce Castore to the space which marks a significant move for the firm as they relocate from their former headquarters in Liverpool. The sportswear brand secured five of six floors, securing all available office space in the newly-refurbished 1 Central Street building.

Over the last year, Kinrise also agreed a new lease with existing tenant, Italian restaurant chain Piccolino. A story of ever-evolving success, the hospitality brand expanded from an original two units in 2015, up to four within Kinrise’s Northern Assurance building. These units were then knocked together to create a leading dining destination in Manchester, now on a new 20-year, 10,000 sq.ft. lease.

In addition, existing tenant Puma agreed to increase its current office space by a further 20% at Kinrise’s other building in Manchester, Canada House. The German multinational, who currently resides on two upper floors of the restored textile warehouse, agreed with Kinrise an additional 3,200 sq.ft. of office space as Brexit necessitated the growth of its UK online retailing team.

In a move that demonstrates Kinrise’s unique operating model and ability to support their tenants’ evolving business objectives, London based firm Social Value Portal has moved within the Kinrise portfolio, despite the existing lease having years left to run. The business originally secured a small unit within Canada House in 2019, but rapid growth recently required the firm to seek additional space, agreeing a flexible relocation and uptake of an extra 182 sq.ft. (+76% increase) on a 3-year lease.

Kinrise Founder George Aberdeen explains; “We are delighted that 58% of all leases agreed over the past year have been with new tenants. There is clearly a significant appetite for flexible spaces in culturally rich environments that are well located and that offer tenants the chance to size up or down if needed. The Kinrise model welcomes all businesses: small, medium and large, and although a large proportion of space taken over the past year has been from multinational corporations, we take pride in housing many independent businesses and individuals too. This unique mix of occupiers and the interplay between them is a rare find in the industry.”

Kinrise recently announced the purchase of its seventh building, Citadel in Birmingham, which joins six other fully operational spaces in Leeds and Manchester including 34 Boar Lane, Canada House and 1 Central Street. Kinrise has plans to expand into other high-growth cultural hubs in the near future including Bristol, Brighton and London. 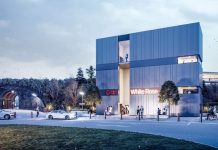 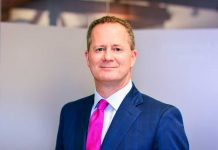 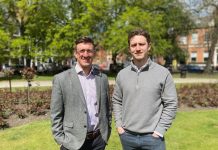