The South East office market saw strong activity in Q1 2021, with take-up on par with the 10-year quarterly average, according to latest research by global property consultancy Knight Frank.

The first quarter of the year recorded more deals over 50,000 sq ft than in the whole of 2020. The Public Sector accounted for 35% of total take-up and serviced office providers remained active, accounting for 13%.

Emma Goodford, Head of National Offices at Knight Frank, comments: “Current market activity demonstrates a continued commitment to offices and the strength of the workplace in the South East. The M4 has performed strongly, reflecting the underlying tech sector dominance and connectivity of this region. Structurally, the market is in balance.”

Investment volumes saw an 18% increase compared to Q4 2020, with a total of £482m transacted, on par with the 10-year average for a Q1 period and the highest level since pre-Covid, demonstrating a steady improvement in investor sentiment.

Simon Rickards, Head of National Offices Capital Markets at Knight Frank, comments: “Increased investment activity is a major positive for the market post Covid-19, particularly the strong commitment from foreign buyers. The life science sector continues to be a large focus for many overseas buyers, with the largest and most notable deal being Brockton’s purchase of five buildings at Cambridge Science Park from L&G for £98.7m.” 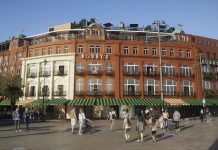 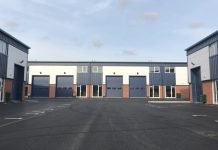