Since the start of the pandemic office buildings have lain largely unoccupied due to government restrictions and many office-based businesses have experienced a drop in profitability. Despite this, these businesses are still expected to pay their business rates in full, with no moratorium provided as in the retail, hospitality and leisure sector.

Consequently, the number of firms appealing their rates bills to reflect the adverse impact of Covid 19 has sky-rocketed. It is estimated that the figure is now approaching half-a-million, the largest number of appeals caused by a single event in rating history.

The Rating Surveyors Association (RSA) had been in negotiation with the Valuation Office Agency (VOA) last year and had agreed a framework for discussing and agreeing allowances on a range of sectors including office-based businesses, airports, advertising rights and car parks.

These were expected to conclude in March 2021, but the talks were abruptly brought to a halt last December by the VOA. No explanation has been offered and the VOA has since refused to agree any reductions or to return to the negotiating table.

Andrew West, Business Rates Director with Cooke & Arkwright said, “It is surprising and disappointing that the talks, which had been progressing well, have been brought to such a sudden halt without any compelling explanation.

“The level of Covid appeals is unprecedented and highlights the distress these companies are under. It leaves hundreds of thousands of businesses with full bills to pay when they have been hard-hit by the pandemic. On top of that these appeals are coming through a cumbersome system in England already snarled up in its complexity.

“We are calling on the VOA to return to the negotiating table so this issue can be dealt with as fairly and swiftly as possible.

“If not, we could face years of uncertainty while the VOA works through individual appeals. This could put businesses and thousands of jobs at risk and harm the long term recovery of the UK economy.” 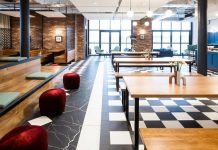