Mark Houston, a highly experienced SME business adviser who has spent his career working alongside members of the west of Scotland SME business community, has been appointed Supply Chain Development Manager by hub South West following the retirement of Gordon Hunter.

The construction and infrastructure-focused partnership operates alongside local authorities and private sector enterprises in Lanarkshire, Ayrshire and Dumfries and Galloway.

CEO of hub South West, Michael McBrearty, said: “We are very pleased to have secured Mark’s appointment as our new Supply Chain Manager.

“He will play a vital role in further developing our relationship with our Tier 1 partners, local authorities and the many businesses throughout our territory who form the vital supply chain in the delivery of high value infrastructure as well, increasingly, quality housing projects.”

Mark, who has joined the hub South West team from North Lanarkshire Council where he was a Business Development Officer, has vast experience in the SME business support sector.

Initially one of the team on the European desk at Scottish Enterprise selling Scotland to businesses abroad, he was an early recruit to the Scottish Business Shop before it was re-badged as Business Gateway where his role was to help people set up in business, offering support, guidance, and access to funding.

Later, he joined Glasgow Opportunities, later ‘GO’, where he managed a growth portfolio and contributed to issues of economic development and business training, including the “Business Map” programme which was marketed as a “practical MBA”.

He said: “I joined hub South West at the start of this year, and I am enjoying my new role. It helped in my transition from the Council that I already knew many of the people here.

“Over the years I have built-up a wide network of business contacts, both in the private sector and elsewhere. I love matching people up and helping their businesses develop and grow.

“I had a unique insight into hub South West’s approach from being involved on behalf of the Council in its Build Lanarkshire programmes, the latest of which concluded last year.

“I am now heavily involved in the newly-launched Build Ayrshire programme, which hub South West is undertaking on behalf of all three Ayrshire councils, so I am looking forward to meeting as many businesses as possible and creating demand for all of our programmes.

“Each hub South West programme is aimed at helping get local companies to a position where they are capable of winning work on major projects from Tier 1 contractors as part of their supply chain.

“It is my firm belief that the Tier I contractors, for all their expertise, are only as good as their supply chains and we want the supply chain partners in our territory to be amongst the best in Scotland.”

hub South West has now delivered over £507m of infrastructure projects covering the education, health, leisure, housing, and residential care sectors. In the year to March 2020, £158m of projects were in construction, with £468m in development.

In addition, throughout hub South West’s territory of Ayrshire, Lanarkshire and Dumfries & Galloway some 518 jobs have been created, 634 training opportunities made available on hub South West projects and 100 apprenticeships have been completed since its inception in 2012. 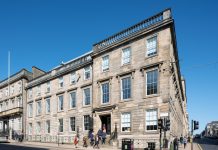 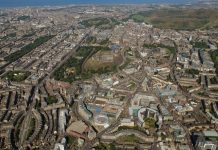