For 27 years, architectural practice, Race Cottam Associates has designed and delivered thoughtful, inspirational and imaginative schemes based on its core principles of collaboration and inclusivity. Directors believe this foundation has facilitated significant growth and is a reason for the practice’s recent expansion, achieved despite the challenges of three national lockdowns.

Established in Sheffield in 1993, Race Cottam Associates was founded by Peter Race and David Cottam. Together the pair built the business into one of the city’s leading practices, known for its high-quality designs and professional yet personal service. In 2018, a new board of directors was appointed, comprising managing director, David Speddings; business development director, Pauline Lake and design director, Laurie Cottam.

“Both my father and Peter are extremely knowledgeable, sociable men with warm and welcoming personalities,” explains Laurie. “This personal and professional combination served the business well and it quickly developed, winning several accolades and earning a reputation as a friendly company to work with and for. We’ve continued to promote this ethos and believe it, coupled with our collaborative approach, is the overarching reason we’ve been so successful for almost three decades; we listen, engage and work hard to find the best solutions for everyone.”

David Speddings picks up the story. “Since Laurie, Pauline and I have been in place, our ambition has been to grow organically and sustainably whilst attracting the best talent and projects. Very quickly, we made the decision to relocate to Sheffield city centre to improve not just our overall visibility but also to be better connected, which is literally the case as there is a tram stop outside our office! This approach has proven fruitful and resulted in us expanding our portfolio.”

Widely recognised as experts in healthcare, education and the growing energy-from-waste sector, Race Cottam Associates is working on schemes across Yorkshire, the Midlands and London. Since the first lockdown, the practice has been awarded three major bid contracts including:

“Obviously these project wins have had a major impact on the business, giving us a renewed level of security but also the confidence to recruit, and we’ve employed three new members of staff as a result,” explains Pauline Lake. “Looking ahead, we’re cautiously optimistic. The regional market has shown some resilience and an appetite for development, especially in the industrial, civic and public sectors.

“From a Race Cottam perspective, we’re in a strong financial position and are on track to certainly meet, if not exceed, our growth target. We plan to continue adding to our skillset by building our interior design portfolio and early conceptual design work, as well as explore potential further expansion in the South East; the future is certainly bright.”

Laurie concludes: “The business has always centred around its people. By fostering a culture of inclusivity, we’ve been able to build and cultivate a talented team with specialist expertise who strive to make a positive impact and difference with their work. This has enabled us to compete with large national practices, which is quite special and certainly one of the keys to our sustained success.” 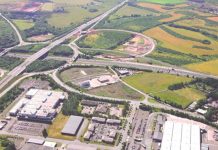 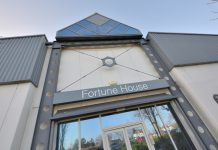